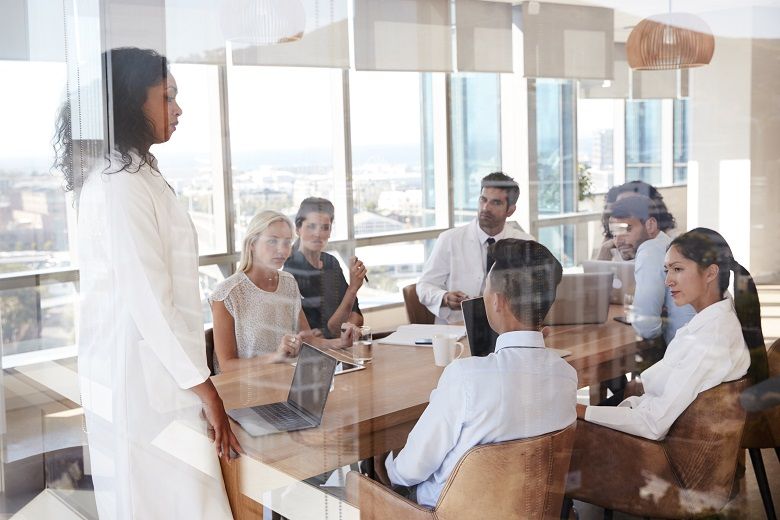 “By nature, SARTs are unique to their local circumstances but share three core goals: supporting victims, holding offenders accountable, and increasing community safety,” NSVRS said on its website. “Over time, most SARTs face challenges and identify gaps in services that require working to change systems. The most successful SARTs work to improve systems toward these three common goals.”

As interdisciplinary groups, sexual assault response teams are usually made up of victim advocates, law enforcement, prosecutors, and SANEs, among others. The first step for registered nurses (RNs) who want to work as part of the community-based response team is earning an advanced nursing degree, such as an online master’s in nursing.

Sexual Assault Nurse Examiners: Who They Are and What They Do

States including Vermont and New York either recently redefined “consent” or are pushing to have it redefined, actions that may encourage more victims to seek forensic examinations. Other states have also increased the number of sexual assault nurse examiners and forensic exams in medical facilities through legislation in recent years. On the federal level, the U.S. Department of Justice created best practice guidelines that aim to positively impact sexual assault investigations and increase access to grants to fund SANE positions, as they’re essential assets to sexual assault response teams.

Even with the advances, sharp deficits exist in victim services, including a lack of access to sexual assault forensic examiners and shoddy record-keeping by local and state agencies. In some cases, victims are turned away from hospitals because of the lack of SANE nurses on staff. Considering that the Rape, Abuse & Incest National Network (RAINN) reports that an American is sexually assaulted every 68 seconds, addressing this deficit in a meaningful manner is crucial.

How to Become a SANE Nurse

To become a SANE, nurses should have two years or more experience as medical professionals, preferably in an emergency, critical care, or maternal and child health, according to the International Association of Forensic Nurses (IAFN). Nurses who’ve completed specialized SANE coursework and clinical hours have an opportunity to sit for board certification to work with adult and adolescent victims as a SANE-A or with pediatric victims as a SANE-P.

A SANE nurse’s presence within a community can have a strong, positive impact, according to the North Carolina Coalition Against Sexual Assault (NCCASA). SANEs are able to not only provide advanced, trauma-informed care to individuals who’ve been sexually assaulted but also provide support in the aftermath of an assault. SANEs can provide credible testimony as expert witnesses if a case reaches court. This combination can provide a powerful message to the community that they’ll be supported and cared for if an assault occurs.

Currently, 2,136 SANE-certified nurses are registered with the IAFN. Victims in remote and rural areas face the biggest challenges due to the lack of SANE-educated practitioners, little public awareness about what to do if an assault occurs, and the reluctance of victims to report the assault.

In addition to the shortage of SANE practitioners, hundreds of thousands of backlogged rape kits need to be tested for possible DNA matches, adding more pressure to an already stressed system.

When communities begin forming a SART, stakeholders first must determine what will best suit their needs. Because rural and urban communities have different needs, the approaches may be different. The Minnesota Coalition Against Sexual Assault (MNCASA) said there are several considerations before forming a sexual assault response team:

Establish why a Sexual assault response team needs to be created and what it should accomplish. Speak with each agency or individual to determine specific short- and long-term goals.

Determine if the community already has a group working in the same capacity. If so, decide if or how the groups could work cooperatively. Also, decide how the groups will differentiate their work.

Decide what area the team will service based on city or county limits or regions. When selecting a service area, look at the community demographics and other factors, such as crime rates and available services.

When seeking team members, look to community agencies that respond to sexual violence. These agencies should have the capacity to make system-wide changes in policies, protocols, and practices. Core agencies should include law enforcement, victim and community advocates, medical providers (including SANE nurses), prosecutors, and corrections. If the community includes military installations, colleges or universities, or a large senior citizen population, representatives from those constituencies should be included as well.

Sexual violence victims bring the compelling voice of experience to a team. They can provide insights that other individuals can’t.

Decide on a Coordinator

One agency should take the lead to support the team’s work. The agency should handle team funding and house the team’s coordinator. At the same time, each agency takes on roles. All the functions should be clearly defined and coordinated.

Design an interagency agreement, a memo of understanding, or a joint commitment letter that outlines each agency’s position in the team, including the expected participation, in-kind contributions, and limitations. The head of each agency or governing body should support the agreements.

Regular meetings help coalesce the team, so the group must decide where and how often to meet. MNCASA recommends monthly meetings in the early years of the SART. Over time, the frequency can either increase or decrease depending on the need.

“By working together to improve system practices and protocols, teams can develop more effective responses that adapt to meet the needs of all victim-survivors,” MNCASA said in a YouTube video “Sexual Violence Justice Institute: Change Is Possible.”

Forensic nursing focuses on providing care to patients who’ve been victims of violence and trauma, integrating nursing theory with forensic science and law.

The Office for Victims of Crime (OVC), a branch of the Justice Department, said forensic nurse examiners focus on respect, mutual problem-solving, and recognizing that each patient has different needs. Working as part of a SART or a group of SANEs, nurses should understand the importance of care  — for patients, the community, and themselves.

“The success of a SANE program cannot be fully measured by the number of patients seen or the number of cases prosecuted,” OVC said in its SANE program development and operation guide. “The ultimate outcome for a program is to have every survivor feel cared for in a manner that allows them to start rebuilding their lives after the assault.”

More Than a Nursing Role

The work of sexual assault nurse examiners provides more than care delivery. They offer support and advocacy for individuals going through incredibly difficult times. Likewise, creating a Sexual assault response team can provide these crucial elements to a community. This makes both SANEs and SARTs invaluable in any healthcare system.

Duquesne University’s online MSN features an advanced nursing school curriculum with a flexible online schedule. Students can choose to focus on forensic nursing with coursework in criminal law, pharmacology, healthcare ethics, and healthcare administration. Graduates may work as SANEs in partnership with SARTs and in independent practice. Explore the program details and take the first step toward a career in forensic nursing today.

Confidentiality and the Sexual Assault Victim

ABC News, “New Bill That Would Defined ‘Consent’ in New York Has the Support of 2 Weinstein Accusers”

Nancy Pelosi, Pelosi Remarks at Press Event to Introduce the 2018 Reauthorization of the Violence Against Women Act

Office for Victims of Crime, Conclusion: The Successful SANE Program

The Lily, “The Health Care Shortage That Impacts Victims of Sexual Assault”