Diversity And Inclusion In Nursing: From The Classroom To The Exam Room

As the United States continues its majority-minority demographic shift, nurses entering the workforce are expected to embrace cultural competency to dismantle cultural, social and linguistic barriers to healthcare. With so many hurdles to overcome, however, the pathway to cultural competency in nursing struggles to keep pace with the changing faces in the United States.

Diversity, inclusion, and equality in nursing begin in classrooms and continue in exam rooms, experts say. Patients expect to see nurses who look like them, speak their language, and understand their culture. 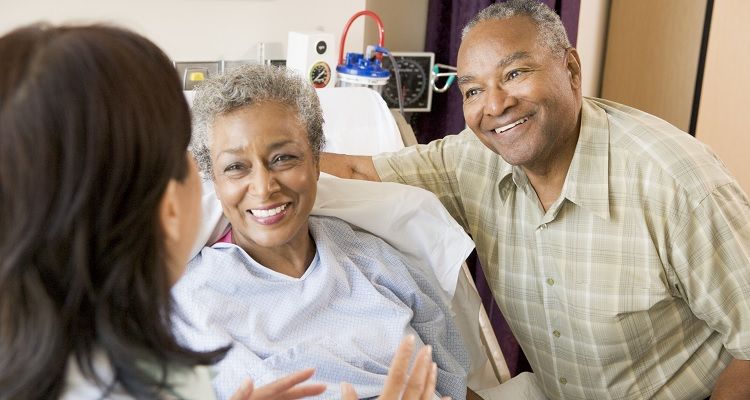 Major nursing organizations, including the National League of Nursing (NLN), have called on academic nurse leaders to usher through efforts to more diversity and eliminate health disparities that result in cultural irresponsiveness. As change leaders, registered nurses (RNs) who hold Master of Science in Nursing (MSN) degrees are positioned to implement shifts in a variety of healthcare settings.

“It is imperative that educational institutions produce health professionals that mirror our nation and have the capacity to meet the healthcare needs of all communities and individuals, including those of various abilities, ages, cultures, ethnicities, gender identity, race, and socioeconomic status,” NLN President Anne Bavier said. “A framework of inclusive excellence connects the challenges of diversity and inclusion and can lead to positive institutional change.”

Major academic institutions that include Duquesne University have accepted the challenge to advance diversity, inclusion, and equity in nurse education programs to promote cultural competency.

Transcultural Nursing As A Step To Diversity and Inclusion

The origin of cultural competency, diversity, and inclusion in nursing can be traced to Madeleine Leininger, a nurse anthropologist who developed the idea of “transcultural nursing” as a practice of nursing based on a patient’s cultural considerations.

In Leininger’s widely adopted theory formulated in the 1950s, nursing students and working nurses should utilize the patient’s cultural background to formulate a care plan. In the 1960s, Leininger coined the terms “culturally congruent care” and “culturally competent care” as a way to promote patient health and well-being.

Since then, nursing associations and nursing schools have moved in lockstep to embrace inclusive healthcare and healthcare education.  In 2015, the American Nurses Association (ANA) published, for the first time, standards of practice for cultural congruency in the newest edition of its Nursing: Scope and Standards of Practice (NSSP).

Today, diversity, inclusion, and equity are being applied in real-world settings, but blockades still exist. In fact, the Center for Healthcare Innovation, a Chicago-based non-profit research and educational institute, said the healthcare industry wholly has “done a poor job of adjusting to the rapid demographic changes in recent years.”

The U.S. Census Bureau estimates by 2042 the non-Hispanic white population in the United States will comprise less than 50 percent of the nation’s total population, making the country a majority-minority nation. By 2060, the two-or-more races population is expected to grow by 266 percent, the Asian population will grow by at least 128 percent, and the Hispanic population will increase by 115 percent.

“While the non-Hispanic white alone population is projected to remain the largest single group, no group will have a majority share of the total and the United States will become a ‘plurality’ of racial and ethnic groups,” the Census Bureau said.

As the shift takes hold, there remain a variety of healthcare barriers, as follows:

Culture, including ethnicity, race and collective beliefs and values, can get in the way of healthcare, the U.S. Centers for Disease Control (CDC) reported. As part of a cultural group, people learn to communicate in a way that is effective for the group. When healthcare practitioners, including nurses, do not understand those differences or use a different form of language (i.e., jargon or health lingo), there is a breakdown in communication.

Researchers found the lesbian, gay, bisexual, transgender (LGBT) community runs into obstacles when trying to access healthcare due to gaps in coverage, social stigmas, and discrimination, among others.

Patients have diverse spiritual needs, but many nurses are unsure how to address them. Since spirituality is highly subjective, “each nurse must reconcile his or her own beliefs within a framework mutually suitable for both nurse and patient,” researchers wrote in “Critical Care Nurses’ Perceived Need for Guidance in Addressing Spirituality in Critically Ill Patients,” published in the American Journal of Critical Care. The study concluded nurses need more education to handle multicultural considerations.

In the quest to close the gaps, multiple nursing advocacy organizations, including the NLN, the American Association of Colleges of Nursing (AACN), and the Institute of Medicine (IOM), have been working to determine the best path to cultural competency in nurse education.

All three organizations have said nurse educators must integrate diversity, inclusion, and equality into the curricula. A recent study in the Online Journal of Cultural Competence in Nursing and Healthcare found incorporating cultural learning into nursing education prepares students to advocate and care for diverse patients.

Through Duquesne University’s online MSN program, students prepare for leadership roles to effectuate positive changes in the healthcare system. The university offers three areas of specialization: Family (Individual Across the Lifespan) Nurse Practitioner, Forensic Nursing, and Nursing Education and Faculty Role. Each specialization provides MSN students with the tools they need to meet the changing needs of communities.

The university is a celebrated leader in online nursing education and has been recognized as a Center of Excellence by the National League for Nursing. U.S. News & World Report has repeatedly rated Duquesne University among the best in the nation.