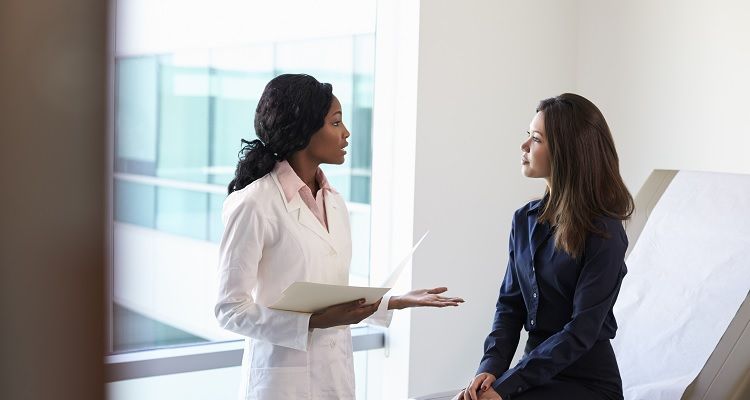 In 2010, the Institute of Medicine (IOM) recommended states restructure their scope-of-practice guidelines for advanced practice registered nurses (APRNs) to allow for prescriptive authority and independent practice. Almost a decade later, a growing number of jurisdictions have recognized APRNs, including family nurse practitioners (FNPs), as qualified licensed clinicians who have the potential to influence the U.S. healthcare crisis.

In 2017, more than 20 states passed legislation that expanded the APRN’s scope of practice and independent prescriptive authority, bringing the total number of states that allow full and autonomous practice to 25 and the District of Columbia. In other states, APRNs practice in collaboration with or under the supervision of physicians.

At the same time, more than 40 professional medical organizations, including the American Nurses Association (ANA) and the American Association of Nurse Practitioners (AANP), recognize the APRN’s role in healthcare. They also endorse the Consensus Model for APRN Regulation: Licensure, Accreditation, Certification & Education, which promotes an expanded role for APRNs in healthcare.

The Robert Wood Johnson Foundation said APRNs, including FNPs, are a “big part of the solution” to the primary healthcare provider shortage. The organization said APRNs seek opportunities to practice to the fullest extent of their training and education, but often face barriers.

“Much of the public is uninformed or misinformed about what APRNs do. This lack of information can cloud decision-making about regulatory policy,” the organization said. “While their scopes of practice can overlap with those of physicians, APRNs do not practice medicine; they practice nursing.”

Continuing changes in the U.S. healthcare system signal an ongoing need for APRNs who can fill roles nationwide. Duquesne University’s online Post-Master’s Certificate in Family (Individual Across the Lifespan) Nurse Practitioner program prepares nurses to work as Certified Registered Nurse Practitioners and FNPs. Through the FNP post-master’s online certificate program, APRNs can provide primary medical care to those who need it the most.

The idea of advanced practice nurse prescriptive authority is nothing new. For decades, healthcare leaders have known APRNs, including FNPs, have the education, training, and know-how needed to prescribe medications. However, in the past 20 years or so, the issue has moved to the forefront as the population ages, primary-care providers retire and access to healthcare increases.

States that allow APRNs to prescribe have their own regulations. In general, however, applicants for prescriptive authority must meet these requirements:

Even with the many checks and balances that provide a clear path for APRNs to prescribe drugs, some concerns remain. In response, a large number of states have enacted new laws and regulations regarding opioid prescriptions. Among them are California and Oregon, which passed laws in 2017 that clarify APRN roles in prescribing buprenorphine, an opioid used to treat opioid addiction.

At the same time, several studies have looked at the impact of APRNs prescribing drugs with abuse potentials, such as opioids and benzodiazepines. These studies found no connection between APRN prescriptions and increased drug abuse. In fact, one notable study found “significantly less opioid and benzodiazepine prescriptions are written” in states with APRNs who have independent prescriptive authority.

“It has been suggested that APRN training is more holistic, wellness-focused and less disease-oriented and cure-focused, so nurses may be more likely to incorporate non-opioid pharmacologic and non-pharmacologic treatment modalities to treat pain,” the study stated.

A separate study in 2016 found that NPs who have full prescriptive authority have similar prescribing patterns to physicians when prescribing mental health drugs.

“This demonstrates that nurse practitioners who have had unrestricted authority for prescribing controlled substances do not prescribe them in greater quantity or differently than their peers,” researchers told Medscape.

In addition to prescriptive authority, APRN advances include uniformity in state laws that allow for an expanded scope of practice.

In 2016, the U.S. Department of Veterans Affairs (VA) broke new ground by granting full practice authority to APRNs. With the new rules, APRNs are able to provide a full range of medical services across the United States, lightening the burden on the already stressed VA healthcare system.

Organizations such as the Robert Wood Johnson Foundation and the National Academy of Medicine advocate similar practice uniformity be spelled out in state laws across the country. Allowing full practice authority does not mean APRNs are trying to fill physicians’ shoes, the foundation said. APRNs are seeking to remove the regulatory, institutional and legal barriers that hamper the ability to work within their scope of practice, the foundation said.

“Even though many of their services overlap with those of physicians, APRNs do not routinely perform surgery, diagnose rare diseases, manage high-risk pregnancies or engage in a host of other complex medical interventions,” the foundation said. Instead, APRNs refer patients to specialists and other clinicians as needed.

The foundation and other professional APRN organizations say having such limitations on practice is harming healthcare in the following ways:

Even with the limitations, experts are hopeful lawmakers will blaze the trail for new legislation that opens the door to additional APRN practice.

The Future for APRNs

Susanne Phillips, FNP and author of “30th Annual APRN Legislative Update: Improving access to healthcare one state at a time” published in The Nurse Practitioner, said the coming years would bring even more positive changes to prescriptive authority, albeit slower than some would like.

“As state APRN and nursing organizations and (boards of nursing) work toward (full practice authority), incremental advances provide the opportunity to improve access over time,” she said.

Today, more than 234,000 NPs are practicing in the United States, with a majority of them licensed as FNPs. The AANP said the numbers of NPs have more than doubled since 2007. By 2024, the numbers are expected to go up another 35 percent.

Leading the way to improve access to healthcare are APRNs who advance their scope of practice. As the largest practicing group of NPs, FNPs provide care across patients’ lifespan, from birth to older adults, including pregnancy. FNPs have the education and training to provide primary care health services, conduct medical exams and diagnose illnesses.

Duquesne University’s FNP post-master’s online certificate lets APRNs advance their careers while continuing their personal and professional responsibilities. The online program melds flexible coursework with an immersive experience that prepares APRNs for the challenges and excitement that come with working as an FNP.

The program meets the standards set by the National Organization of Nurse Practitioner Faculty (NONPF) and prepares students to pursue testing for FNP certification.