The Growth of the Family Nurse Practitioner

As a growing number of states allow licensed Family Nurse Practitioners (FNPs) to practice medicine independently, the total number of NPs licensed in the United States has reached an all-time high. The NP workforce has expanded its reach to provide care to millions of patients nationwide, filling roles left vacant by a shortage of primary care physicians. 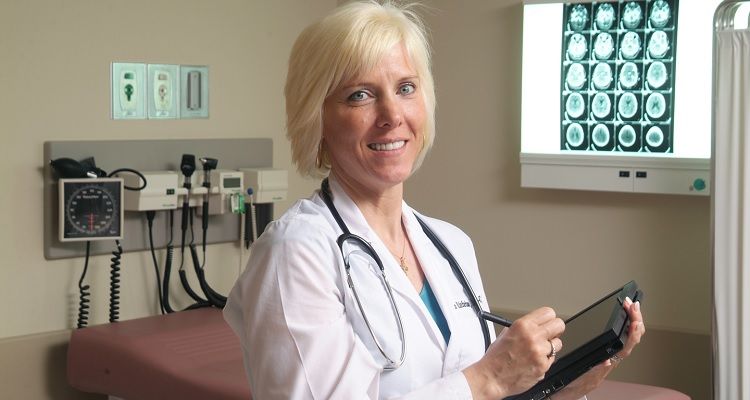 Since 2007, the NP workforce has nearly doubled to more than 234,000 licensed caregivers. Of the many NP specialties, FNPs have seen the biggest boost in graduates, with nearly two out of three graduates focusing on family practice. Because of their broad base of experience, FNPs are making a difference in underserved communities and providing comprehensive medical care to children and adults.

“We meld nursing and medicine into this hybrid of a profession. A lot of what we do as nurses, first, is patient advocacy and patient empowerment. We focus on health education and health literacy. As advanced-practice nurses, we bring that to the next level,” Ferrara said in a Refinery29 article, titled “What Every Woman Should Know About Nurse Practitioners.”

From the earliest years of the profession, FNPs have been focused on taking a holistic approach to healthcare, concentrating on the patient as an individual and as part of a family group, Ferrara said.

FNPs From The Beginning

The role of NPs dates back to the 1890s when visiting nurses traveled to remote areas in the United States to provide healthcare to underserved populations. In 1965, Loretta Ford and Henry Silver, a nurse and a doctor respectively, collaborated on the first training program that would “bridge the gap between healthcare needs of children and families’ ability to access and afford primary healthcare.”

The early idea for NPs was they would work in collaboration with physicians to provide primary care medical services and advanced practice nursing, but critics were quick to question the professional boundaries. Despite the challenges, the NP profession grew through the 1970s and 1980s, although limited in practice and ability to prescribe medications.

As their impact on healthcare increased in the 1990s, NP groups conducted scientific studies for the New England Journal of Medicine and Journal of the American Medical Association that further legitimized the scope of practice. While working under the supervision of physicians or hospitals, NPs could treat patients on a limited basis, but not prescribe medication.

In recent years, NPs have lobbied state and federal lawmakers and launched grassroots campaigns to expand the scope of practice further.

At least twenty-two states and the District of Columbia currently allow NPs to have full authority to practice, which includes prescribing medications, clinical tests, and medical studies. The remaining states and territories only allow reduced or restricted practice, which requires NPs to work under the supervision of a physician or another healthcare provider.

On a federal level, the U.S. Department of Veterans Affairs (VA) granted NPs full authority to practice without a doctor’s supervision in VA hospitals and clinics nationwide to shorten wait times and provide care in underserved communities.

Despite the trend to NP autonomy, the American Medical Association (AMA), the nation’s largest association of physicians, opposes the change. In response to the VA’s decision in May 2017 to allow NP autonomy, AMA president Dr. Andrew Gurman said the final rule would “rewind the clock to an outdated model of care delivery that is not consistent with the current direction of the healthcare system.”

Indeed, NPs nationwide have responded to similar criticisms that imply NPs are trying to steal positions from doctors. In a guest column in The (Mississippi) Clarion-Ledger newspaper, NP Jennifer Easley acknowledged the NP school training hours are less than that for a physician. But, as an advanced practice registered nurse (APRN), “most of us have worked years and years caring for patients in hospital settings, 12 hours at a time,” she said.

“This is not an MD vs. NP argument. We are not trying to take anyone’s patients or step on toes. We are a valuable addition to the medical community and want to do our part,” she said in the September 2017 opinion column.

The Future Of FNPs

Despite some growing pains, experts see the role of the FNP expanding in the coming years. Merritt Hawkins, a prominent healthcare consulting firm, found the average NP salary was up five percent in 2017, from $ 117,000 in 2016 to $123,000. The U.S. Bureau of Labor Statistics said NP employment would grow 31 percent by 2024.

To become an FNP, APRNs must pursue a Master of Science in Nursing (MSN) degree with a focus on treating patients through a lifetime, from prenatal care through adulthood. To become eligible for FNP licensure, graduates must pass the American Association of Nurse Practitioners Certification Program (AANPCP) exam or the American Nurses Credentialing Center (ANCC) Family Nurse Practitioner exam. Many states have additional requirements as well.

About Duquesne University’s Online Master of Science in Nursing

Duquesne University’s online MSN-FNP program boasts a 96 percent pass rate for the AANPCP exam and has repeatedly been ranked among the best in the nation by U.S. News & World Report.