Every year, 20.9 million people — mostly women and children – worldwide are forced into slave labor, domestic servitude, and prostitution. As victims of human trafficking, they live in a $150 billion industry in fear of speaking out and have been widely overlooked, including by people who are best positioned to help. 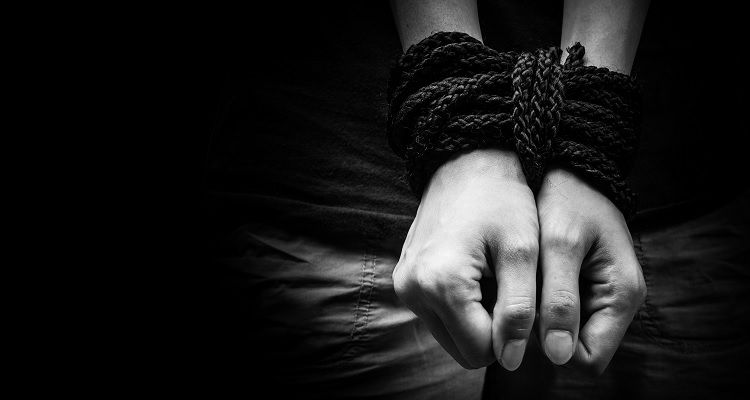 While an estimated 88 percent of human-trafficking victims seek medical attention during captivity, many go unnoticed because “healthcare workers are woefully unprepared to identify them,” researchers said. Victim-advocacy groups and professional nursing associations nationwide are calling for better training for healthcare practitioners, including nurses who work in direct patient care. Forensic nurses, in particular, have the training and education to assist individual victims of human trafficking and may be able to ultimately upend the underground criminal enterprise as a whole. Medical professionals see forensic nurses as a major component to curbing modern-day slavery.

“Assessing and identifying human trafficking cases is essential to rescuing victims from a life of desperation and brutality. Seeking legitimate medical care may occur only in cases of severe need, however sensitive and culturally sensitive questioning may break the silence and afford the victim the opportunity for rescue,” said Barbara Moynihan, Ph.D., an Advanced Practice Registered Nurse (APRN) who is lauded as one of the first nurses to identify the role of forensic nurses in human trafficking. “As health care providers we have a responsibility to provide comprehensive, holistic, and culturally-sensitive care in a safe setting.”

The Allegheny Health Network study, published in the Journal of Emergency Nursing, showed 38 patients were identified as possible human-trafficking victims at the hospital during the five-month pilot program. After further examination, one of the patients was confirmed as a victim of trafficking.

The hospital, which previously had no procedures in place to identify victims, changed its procedures to begin screenings at the registration desk. When patients didn’t have identification or insurance, paid in cash or were with another person who appeared to be in control, the desk clerk flagged the patient’s electronic health record. Patients were also able to alert hospital personnel to their situation by applying a blue dot on their urine sample cup.

Once the possible victim was identified, doctors, nurses, social workers, and hospital security huddled to determine the next step. The possible victims were privately interviewed. Children were referred to child protective services and adults were given the option for intervention.

“Interestingly, we found that not only were formal education and treatment methods effective strategies to improve recognition and save human trafficking victims, but they also increased the identification of other forms of abuse such as domestic violence and sexual assault,” said Egyud, a Registered Nurse (RN) and Doctor of Nursing Practice (DNP).

The noted improvements that come as a result of increased training have propelled local and state agencies to mandate trafficking education for healthcare workers. Despite the successes, however, there has been a call for more consistent messaging across the nation.

To date, human-trafficking awareness programs and training mandates have been patchwork across states. Medical experts suggest the best way to combat the inconsistencies is to standardize education to “ensure that content is correct, consistent, relevant to healthcare providers, and effective in practice.”

The uniform message across the various organizations and agencies will prevent confusion among victims and caregivers, researchers found. The suggestion comes at a crucial time for all nurses, who are “in a position to help make a difference in the lives of trafficking victims at several points, from the initial encounter and identification to their rescue and restoration to health,” said researcher Donna Sabella, Ph.D., RN.

Sabella, who launched Project Phoenix, an outreach program for prostituted and trafficked women in Philadelphia, said nurses could help in many ways, from helping usher a single victim through the healthcare system to advocating for more services for victims overall. While all nurses have the training to help sick and injured patients, forensic nurses are trained to assist victims of human trafficking with a broad-based education that crosses the medical and legal landscape. Forensic nurses work side-by-side with law enforcement and social service organizations for victim justice. They collect and preserve evidence, take photos for use in court, and ensure facts are properly documented.

RNs enrolled in Duquesne University’s Master of Science in Nursing (MSN) program have the opportunity to learn from some of the nation’s leading forensic nurse educators. The university’s MSN program builds on baccalaureate-level skills to prepare graduates for advanced practice as forensic nurses. Duquesne University’s two other areas of MSN specialization — Family (Individual Across the Lifespan) Nurse Practitioner and Nursing Education and Faculty Role – also provide comprehensive educational opportunities for the future of healthcare.