LGBTQ Health Disparities and How Nurses Can Help 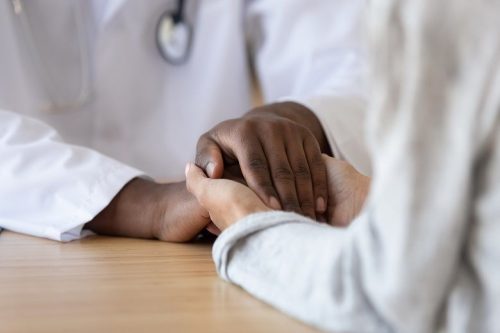 In the past two decades, numerous studies have shown there are serious LGBTQ health disparities, and that members of the LGBTQ community suffer sexual abuse at a disproportionate rate when compared to the general population. According to the Centers for Disease Control and Prevention (CDC), the stigma surrounding the personal choices of the LGBTQ community can affect many areas of their lives and can cause harm in many forms, including discrimination, harassment, family disapproval, social rejection, and violence — all of which can have a negative impact on physical and mental health.

“For LGBTQ survivors of sexual assault, their identities — and the discrimination they face surrounding those identities — often make them hesitant to seek help from police, hospitals, shelters or rape crisis centers, the very resources that are supposed to help them,” the organization said in its website article titled: “Sexual Assault and the LGBTQ Community.”  The HRC further notes that “This epidemic of sexual violence in the LGBTQ community is something we must all work together to address.”

Registered nurses (RNs) who earn a master’s in nursing degree (MSN), including an online master’s degree in nursing, and work as forensic nurses can address concerns including LGBTQ health disparities. By working in  Q victim services, RNs can help disenfranchised communities receive the medical and legal assistance they deserve.

Human trafficking is a form of modern slavery where force, coercion or fraud is used to obtain labor, marriage, or commercial sex acts.

“Here in this country, people are being bought, sold and smuggled like modern-day slaves, often beaten, starved and forced to work as prostitutes or to take jobs as migrant, domestic, restaurant or factory workers with little or no pay,” according to the FBI.

The International Labour Organization estimates that human trafficking and forced labor are a $150 billion worldwide industry. This profitable form of transnational crime is second only to drug trafficking, according to the U.S. Department of Homeland Security.

“Human trafficking is a hidden crime, as victims rarely come forward to seek help because of language barriers, fear of the traffickers and/or fear of law enforcement,” the department says.

According to the Polaris Project, a data-driven social justice project to battle sex and labor trafficking, underrepresented communities are disproportionately affected by many serious crimes, including LGBTQ human trafficking. Among the challenges facing healthcare workers treating survivors, is that many individuals are hesitant to seek help or speak about their experiences. By pursuing a master’s degree in nursing, nurses can build valuable communication skills to connect with survivors and help improve patient care.

The National Center for Missing and Exploited Children reports that of the nearly 26,500 runaways in 2020, one in six was likely a victim of child sex trafficking.

“Traffickers use force, fraud or coercion to lure their victims and force them into labor or commercial sexual exploitation,” according to the Department of Homeland Security.

“They look for people who are susceptible for a variety of reasons, including psychological or emotional vulnerability, economic hardship, lack of a social safety net, natural disasters or political instability. The trauma caused by the traffickers can be so great that many may not identify themselves as victims or ask for help, even in highly public settings.”

“Some members of the LGBTQ community avoid seeking healthcare services because of previous negative experiences in which they faced discrimination,” Johnson said in the website article “How to care for the LGBTQ community’s health issues.” “Studies have shown most LGBTQ patients want to be able to share their sexual orientation or gender identity with their healthcare provider but are often reluctant to open up because they fear they may be treated badly or even refused care.”

Also, LBGTQ patients may have specific concerns related to sexual orientation or gender identity following sexual violence. The concern may be related to the assault or interactions with the healthcare, legal or criminal justice systems, Sexual Assault Support Services of Midcoast Maine said in “LGBTQ+ Advocacy.”

Some LGBTQ patient concerns include:

Lyzanne Malfitano, a therapist and shift supervisor at the Chicago Rape Crisis Hotline, said LGBTQ victims — particularly transgender people — worry about harassment and abuse at the hands of providers, in her interview with Joyful Heart Foundation, an LGBTQ advocacy group.

“Another challenge is thinking about how disclosing violence within intimate relationships may confirm some stereotypes about LGBTQ relationships being inherently inferior or unhealthy. It’s a lot for a person to have to weigh after experiencing violence.”

The International Association of Forensic Nurses said victim-centered care for LGBTQ patients is vital and should include:

Malfitano also said policies should be changed to ensure equal treatment for all victims of sexual violence, including removing gender-based language. LGBTQ victims should feel supported while receiving care, she said.

“A survivor shouldn’t be turned away from necessary care because their gender marker is male, yet they might still be at risk for pregnancy as a result of assault. I also advocate for a change from the gender violence model, which is that sexual assault is a crime against women perpetrated by men,” Malfitano said. “This paradigm is really difficult for survivors who don’t fit that model and assume that services may not exist for them.”

Some nurses who focus on LGBTQ care may choose to join an organization dedicated to addressing underrepresented communities or LGBTQ human trafficking. Many other nurses pursue advanced education to hone the skills to provide marginalized communities with proper care from local institutions. By making inclusive care the norm in medical institutions, nurse practitioners are able to lower the barriers to care for underrepresented communities, and hopefully reduce apprehension for patients to seek medical advice.

Make a Positive Impact with a Master’s Degree in Nursing

The field of nursing is constantly evolving and growing, learning from the past and making positive changes for the future. As more research is conducted and methods of care are improved, nurses are better able to relate to, and care for, underrepresented communities and LGBTQ patients. By pursuing an advanced degree, nurse practitioners are able to work at the forefront of care, gaining the knowledge and skills to deliver the best possible care to their patients and improve outcomes.

RNs who wish to work in support of LGBTQ sexual assault victims, underrepresented communities and other victims of sexual violence would do well to pursue the Duquesne University online Master of Science in Nursing program and its Forensic Nursing specialization. Through the program, RNs learn the essentials of advanced care, from nursing terminology and essential communication skills, to specialized clinical care.

Discover how you can make a positive difference with an MSN in forensic nursing today.

Working with Children in the Foster Care System

Nurse.com, “How to Care for the LGBTQ Community’s Health Issues”