Ready for Prime Time: Nurse Leaders in the Media as Experts 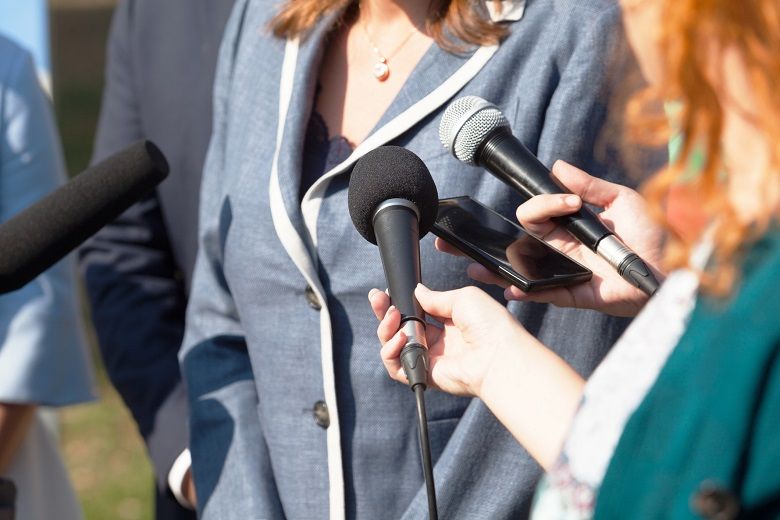 More than 20 years ago, a study by the Sigma Theta Tau nursing organization found that nurses and the nursing profession were underrepresented in the news media despite playing an essential role in healthcare.  When researchers revisited the study in 2018, they found little had changed: Nurses continued to play a minor role in media coverage.

As leaders, registered nurses (RNs) who have earned Doctor of Nursing practice (DNP) degrees are positioned to propel the profession to the forefront. DNP-educated nurses who work in executive leadership can help news outlets connect with nursing for healthcare expertise.

“Nurses and their supporters can help broaden their definition of expert and expand the pool by transcending their reticence to stand up as experts and leaders,” Carole R. Myers, RN, a senior fellow with the George Washington University Center for Health Policy and Media Engagement, said in “Nurses play vital roles in health care. Why are they invisible in the media?” “Nurses need to claim their professional authority, expertise, and experiences and proactively engage with the media.”

As experts in the science and business behind healthcare, DNP-educated nurses in the media can play a vocal role in issues related to healthcare and public health.

A recent addition to the Duquesne online DNP program, the Executive Nurse Leadership and Health Care Management track, can help prepare nurses to provide accurate information regarding medical and healthcare news, and to provide necessary context and address other crucial topics.

Nurses in the Media Study

In 1997, Nancy Woodhull, founder of USA Today, set out to look at nurse representation in the media. The study, “The Woodhull Study on Nursing and the Media: Health Care’s Invisible Partner,” found nurses were identified as sources in 4% of health news stories in leading daily newspapers and 1% in weeklies and industry publications.

The study recommended nurses take a proactive role in sharing their work with the public.

“All nurses, whether in clinical practice, research, education, or administration, must learn the skills of public communication in order to inform the public,” researchers said in the study report. ‘By telling their ‘stories’ in terms that are understandable to the general public, nurses can dispel commonly held stereotypes that have inhibited the leadership potential of nursing.”

“The lack of progress in nurses’ representation in health news stories over the past 20 years was stunning, particularly since the 2010 Institute of Medicine report on ‘The Future of Nursing’ noted that we can’t transform health care and promote the health of the public without recognizing and tapping into the special expertise of nurses,” said Diana J. Mason, RN and the principal investigator of the study.

Even before the updated Woodhull study, a group of RNs formed The Truth About Nursing, an advocacy group aimed at improving the portrayal of nurses in the media, especially on television and in the movies. Since the group launched in 2001, it has convinced large organizations, including candy and drink manufacturer Cadbury-Schweppes and U.S. Department of Health and Human Services, to change messaging so nurses would be portrayed in a more positive light.

In protesting the portrayal of the One Flew Over the Cuckoo’s Nest character Nurse Ratched on a Netflix series, The Truth About Nursing said stereotypes hurt the profession overall.

“When the public continues to see nurses in terms of the same tired stereotypes, it undermines the sense of them as serious professionals. That in turn makes it harder for nurses to get the resources they need in these difficult times,” Sandy Summers, RN, MSN, MPH, executive director of The Truth About Nursing, said. “Research shows that the rampant understaffing of nurses increases patient mortality.”

While all RNs are considered leaders, nurses who have earned DNP degrees are in a position to change the narrative about nurses. Working as C-suite executives and medical professionals, DNP-educated RNs can advance a favorable nursing profile and leverage the media culture to benefit the profession.

To earn a DNP, RNs must take advanced coursework with a DNP curriculum that focuses on clinical expertise, leadership and business acumen. At Duquesne University, students enrolled in the online DNP program learn how to integrate clinical competencies with applied scholarship.

Duquesne University’s online DNP program prepares RNs to practice at the highest level of clinical leadership. Graduates use evidence-based practices and revolutionary initiatives that advance the delivery of care. DNP-educated RNs understand the importance of sharing innovations with the public to advance the profession of nursing.

The nursing program has been repeatedly recognized as a leader in nursing education, most recently as a “Best Online Graduate Nursing Program” by U.S. News & World Report. Each student’s experience is tailored to individual needs, and the program is delivered 100% online.

Nurses play vital roles in health care. Why are they invisible in the media?: STAT

Researchers find no progress in media representation of nurses over last 20 years: Sigma

Nurses vs. Netflix: Protests over Ryan Murphy’s “Ratched”: The Truth About Nursing