Nursing on the Cell Block: Caring for Patients Behind Bars 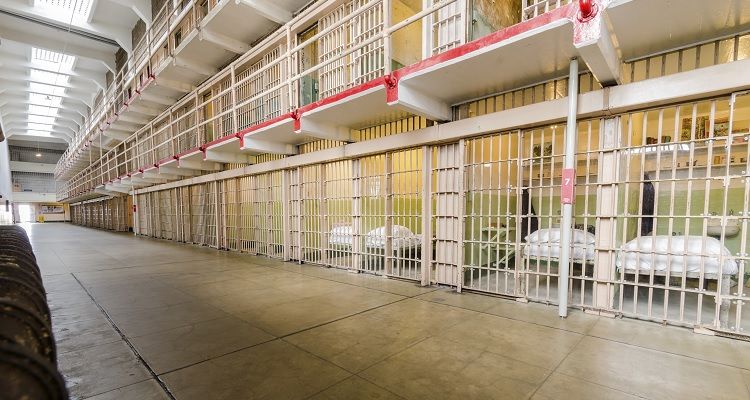 Registered nurses can advance their careers and play a role in providing healthcare in the criminal justice system with an online Master’s of Science in nursing degree from Duquesne University. The MSN in Forensic Nursing program can prepare students with the knowledge and technical skills necessary to succeed as correctional forensic nurses.

Inmates in prisons, jails, and other detention centers must contend with a myriad of health issues including conditions ranging from asthma and diabetes to drug dependence and mental illness.

Some health issues can affect the entire inmate population, such as sexual and physical abuse, drug and alcohol abuse, and sexually transmitted diseases. Other issues are specific to incarcerated women, namely gynecological concerns, pregnancy, postpartum depression, and issues regarding menopause.

Although women make up only about 7 percent of the population of inmates in U.S. correctional institutions, they have a higher burden of health issues when compared to incarcerated men or women outside of the criminal justice system.

Despite continued growth in the number of incarcerated women and their gender-specific health needs, correctional institutions are frequently unable to provide high-quality healthcare to women in their custody.

Many jails and prisons lack nursing staff trained in obstetrics and gynecology. As a result, proper medical exams for women are rarely performed. Women in the correctional system are at higher risk for breast and ovarian cancer, as well as other health concerns, because of misread results such as abnormal Pap smears.

One issue that affects incarcerated women at a considerably higher rate than their male counterparts is sexual assault and abuse. Female inmates are the victims of 46 percent of sexual assaults in prison, despite comprising only seven percent of the total incarcerated population in the U.S. The problem often receives inadequate attention or is unaddressed in correctional facilities because of a shortage of qualified nurses to deal with it.

Kathleen Sekula, Ph.D., a Duquesne University School of Nursing professor honored for her pioneering work in forensic nursing, saw a solution to this problem and presented it by offering the SANE-A (Sexual Assault Nurse Examiner – Adult) program online to nurses who are unable to complete the one-week training in person. Duquesne’s online SANE-A training is at the forefront in preparing nurses to serve the needs of victims of sexual assault throughout the country, particularly in rural and underserved areas.

Sekula was inducted as a fellow of the American Academy of Nursing (AAN) in 2011 for her work in the field of forensics and psychiatry. She credited her fellow nurses for the recognition.

“I am honored by this recognition from my peers because it is for achievements in the area of advanced practice forensic nursing,” she said, “which is work that I have accomplished through collaboration with my many colleagues.”

Correctional Nurses perform a variety of job duties — some of which are unique to jails, prisons, and juvenile detention institutions — and may include:

“Correctional nursing allows you to really focus on what nursing is: caring for people,” said Mary Muse, director of nursing for the Wisconsin Department of Corrections, in a February 2016 article on MinorityNurse.com. “If nurses want to be autonomous in their position, there’s probably no better setting than correctional nursing.”

In addition, correctional nurses should also be flexible and able to maintain good working relationships with administrators and correctional officers.

Correctional nursing is a profession that will be necessary as long as prisons, jails, and detention centers continue to exist. Aspiring correctional nurses should have little trouble finding positions because their services are in high demand across the country.

Employers will be looking for nurses with an understanding of forensic science and the legal system, theory and practice for forensic nurses, criminal law and the courts, program development, leadershipand policy, and forensic clinical practices.

About Duquesne’s Online Master of Science in Nursing (MSN) Program