Nursing Now: A Campaign for the Future of Nursing 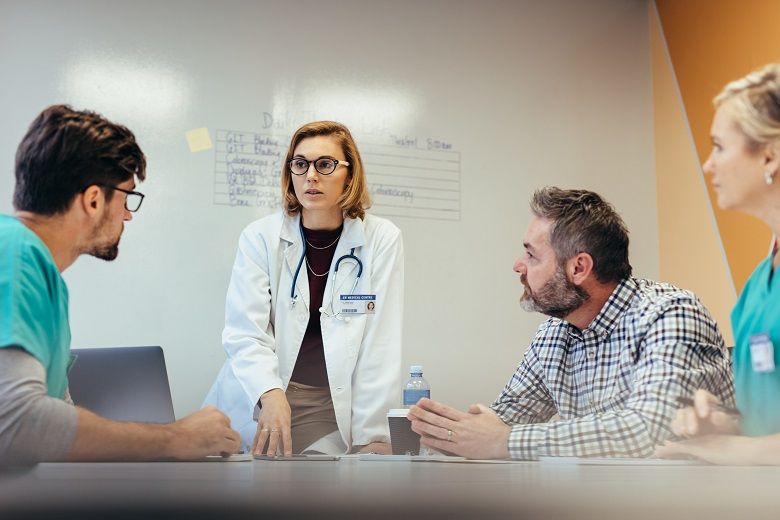 Nursing Now launched in February 2018 as a three-year collaborative effort involving more than 30 countries to raise the status and profiles of nursing, improve global health and tackle the healthcare challenges of the future.

The campaign aims to recognize health as a universal right and healthcare coverage as a global standard. Healthcare experts say the campaign is essential to bringing awareness to the worldwide nursing shortage and putting individuals in charge of their wellness.

“People must be at the center of healthcare delivery and able to lead decisions about how their own health is managed and delivered,” said Howard Catton, the International Council of Nurses’ director of nursing and health policy. “Putting people first is at the center of nursing philosophy and practice, and nurses have a critical role to play in making a reality of people-centered and integrated healthcare.”

Among the many goals of Nursing Now is to provide opportunities for nurses to achieve higher levels of education and training to meet patients’ diverse needs. Registered nurses (RNs) are preparing to meet the Nursing Now challenges by advancing their knowledge and working to the full scope of practice, which includes earning terminal DNP degrees.

Nursing Now and the Future of Nursing

While the Nursing Now campaign began in early 2018, the platform dates back years. The movement is based on the Triple Impact report, which concluded the role of nursing around the world should be broadened. The subsequent Triple Impact campaign focuses on strengthening the global nurse workforce by increasing the number of nurses and their level of education worldwide. The U.K.’s All Party Parliamentary Group on Global Health, which completed the Triple Impact report, said the boost in nurses would improve community health, promote gender equality and support economic growth. Others agree.

“By developing and investing in nurses ― the vast majority of whom are women ― new community leaders who can act as role models and mentors to other women and girls are created, women gain economic independence and empowerment, and local economies are strengthened,” said Fiona Cassie, editor of Nursing Review.

The recommendations from the Triple Impact report include:

As part of the educational component of the Future of Nursing, experts recommended the United States double the number of nurses with doctoral degrees, including DNP degrees, by 2020. The most recent update of the report showed a 172 percent increase of DNP-educated nurses over a seven-year period, from 8,267 in 2009 to 22,454 in 2016.

Overall, the Nursing Now campaign advocates for all nurses to reach their fullest educational potential for the biggest impact. When determining what makes an effective nurse manager, healthcare leaders look to a nurse’s level of education and expertise.

Lord Nigel Crisp, co-chair of the Nursing Now board and the former chief executive of the National Health Service in England, said the campaign is well-suited to advanced practice nurses because it addresses ways to reduce staffing shortages, workplace violence and barriers to full education around the world. Advanced practice nurses are qualified to become primary care providers, Crisp said.

The main goals to the Nursing Now campaign are:

In promoting nursing leadership roles, healthcare experts in the U.S. and abroad agree that the DNP degree allows RNs to improve patient outcomes. Through education, RNs are prepared for roles as leaders in interdisciplinary care teams and to develop healthcare systems.

As DNP-educated leaders, RNs continue to work on the clinical side of nursing in advanced practice positions and as clinical scholars, applying evidence-based research and theory to bedside care. At Duquesne University, RNs who graduate from the online DNP program are prepared to become leaders in policy advocacy, population health and transformational healthcare.

Duquesne University’s online DNP program prepares RNs to take on the challenges of the Nursing Now campaign in the U.S. and abroad. As leaders in healthcare, DNP-educated nurses meet the demands of the complex healthcare system by acting as driving forces behind policy changes that positively impact communities. The degree also meets standards established by the Institute of Medicine’s Future of Nursing report that calls for nurses to achieve higher levels of education.