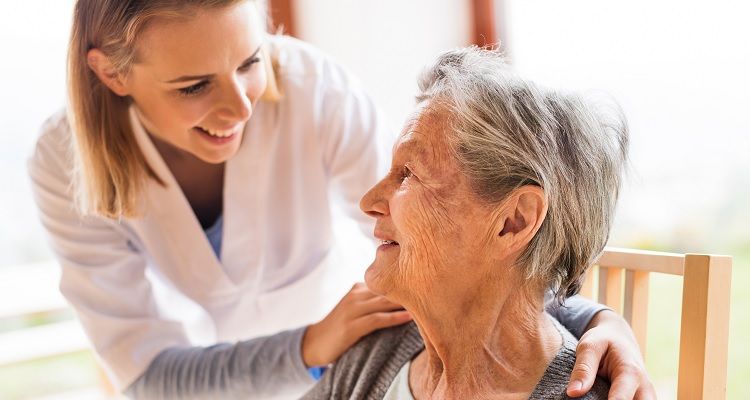 The U.S. Census Bureau projects that 77 million Americans will be elderly (age 65 and older) by 2035. This growing older population will only increase concerns about elder abuse. It’s a global problem: The World Health Organization (WHO) reports that roughly 1 in 6 people ages 60 and older experience some sort of abuse, and that elder abuse rates are high in long-term care facilities and nursing homes.
In the U.S., while every state and the federal government have laws designed to protect the elderly, the effort to stop abuse begins on the front lines of care. Among the group of mandatory reporters are family nurse practitioners (FNPs), who are well-positioned to help mistreated elderly patients.
As primary care providers, FNPs are trained to combat elder abuse by recognizing the signs and helping victims. FNPs are required by law to report abuse, in many cases even if they just suspect it. Failure to report can mean fines and possible jail time for the FNP, depending on state law.
All FNPs need to understand the types of elder abuse, the risk factors and the intervention process.

What Types of Abuse Are Nurses Mandated to Report?

The National Center on Elder Abuse (NCEA) and the Centers for Disease Control and Prevention (CDC) broadly defines elder abuse as intentional injuries or actions that risk injuries to a person age 65 or older.
Clinicians often detect elder abuse during regular office visits. Since victims are typically not forthcoming about abusive relationships, clinicians must be observant to notice signs of maltreatment. Abuse is classified in five groups but can happen in combination, which is called poly victimization. The individual types of abuse are:

The use of nonaccidental physical force on an elderly person, such as hitting, shoving and punching, and the inappropriate use of restraints and confinement are classified as physical abuse. Signs of physical abuse include bruises, burns and injuries that appear to have been caused by ropes or restraints. Other indicators include a history of hospitalizations or emergency room visits for similar and unexplained injuries.

Physical acts such as unwanted touching, intercourse and other sexual activities that make the victim an unwilling participant are sexual abuse. Signs of sexual abuse can include pelvic injuries, sexually transmitted diseases and social withdrawal. Confidentiality is crucial in cases of sexual abuse, so nurses must be aware of their legal responsibilities.

Failure to fulfill caregiving obligations, either intentionally or unintentionally, that denies elderly people the care they require is considered neglect. Elder neglect constitutes more than half of all reported cases of elder abuse.
Even with definitive types of abuse, elder abuse often goes unreported. The Rape, Abuse & Incest National Network (RAINN) lists several reasons, including::
● An inability to report because of physical or mental ability
● Dependance on the abuser for basic needs and essential care
● Fear of retaliation
● Fear of being sent elsewhere, such as to an institution
● Feelings of shame
● Fear that the abuser may get in trouble, particularly if the abuser is a loved one
Experts say providers who are trying to determine whether abuse has occurred should review risk factors and use all available assessment strategies.

How Nurses Determine the Risk Factors

For FNPs, a vital component of stopping elder abuse is identifying it before it starts. Contributing factors, also called risk factors, highlight the likelihood of abuse, and understanding them can help FNPs identify opportunities to prevent abuse. Experts identify the following as risk factors that contribute to the possibility of maltreatment:
● Isolation — Seniors who have little contact with family, friends or a social support system are more susceptible to abuse.
● Substance abuse — Drug and alcohol abuse by caregivers can lead to elder abuse.
● Declining physical and mental health — Elderly adults in declining health are more susceptible to abuse.
● Shared living situations — Abuse risks increase when seniors and caregivers live together.
● Socioeconomic factors — Health disparities due to a person’s income, race, ethnicity, gender identity or sexual orientation correlate with elder abuse frequency.
When elder abuse is identified, providers are obligated to help. Experts say successful interventions do not happen through a single provider or one-time help. Successful interventions come as a part of cooperative care.

While reporting elder abuse is mandatory for nurses, successful elder abuse interventions are often complex, community-driven procedures that involve numerous resources and people from different professions.
When a provider reports abuse, a representative from adult protective services visits the home to confirm the mistreatment. The resulting intervention is highly individualized. Abuse does not have to be definitively proven for targeted geriatric services, including home health care, mental health services and physical therapy, to be initiated.
Victims of abuse who have cognitive impairments from dementia or Alzheimer’s disease may require legal interventions that include a court-appointed guardian.
Regardless of which intervention is appropriate to the situation, the most appropriate care often involves a team that includes social workers, law enforcement officers and attorneys.
FNPs also play a significant role in successful interventions. As primary caregivers, FNPs have the education and skills to help victims of elder abuse by reporting incidents, providing treatment for injuries and coordinating interprofessional teams. In many states, FNPs are permitted by law to practice and prescribe medications without physician oversight.

Be a Vital Part of Elder Abuse Prevention

Suspected elder abuse should always be taken seriously. Whenever advanced nursing professionals report suspicious behavior, they may be helping an elderly individual retain their dignity as well as their health and well-being.
Duquesne University’s online Post-Master’s Nursing Certificates program is designed to help you develop your nursing expertise, including in the evidenced-based nursing practices that can help elderly patients. Learn how we can help take your career to a higher level.

The Importance of Diversity in FNP Practice

The Role of Credentialing in Nursing

National Center on Elder Abuse, About Us

National Council on Aging, Get the Facts on Elder Abuse