The Critical Role of Evidence-Based Practice in Today’s Healthcare 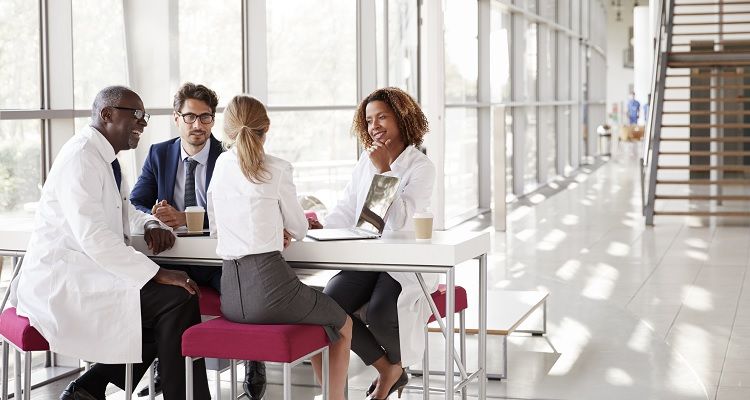 In the past few decades, evidence-based practice (EBP) has gained popularity as a transformative approach to healthcare. Nurses who have earned Doctor of Nursing Practice (DNP) degrees and utilize EBP will consult the best research evidence, relate it back to the patient’s history, and then merge care with the patient’s own values.

Implementation of EBP has proven to result in better patient outcomes and a reduction of costs, regardless of facility or setting, according to Kathleen Williamson in “Evidence-Based Practice in Nursing Education: The Nuts and Bolts of Integration.”

Knowledge gained from EBP can mean changing a policy that’s been standard for decades. An example of evidence-based practice in nursing care relating to policy change can be found in revised guidelines addressing sudden infant death syndrome (SIDS). Original recommendations had babies sleeping on their stomachs in case they vomited and choked while sleeping. But recent research into SIDS has led to the recommendation that all babies now sleep on their backs.

For APRNs with a DNP degree, understanding how to use EBP to bridge the theory-to-practice gap is essential. Providers who implement EBP deliver innovative patient care that utilizes the most current healthcare findings. The DNP curriculum offered as part of Duquesne University’s online DNP program teaches nurses the skills needed to be critical evaluators of today’s scientific findings.

The first documented use of EBP in nursing is attributed to one of the most famous names in the profession: Florence Nightingale. While not officially recognized as the founder of EBP, Nightingale’s work is considered by some to be early examples of EBP in nursing.

Following her work in the Crimean War, Nightingale was assigned to a Turkey-based barrack known for unsanitary conditions. In her journal, later published as “Notes on Nursing,” Nightingale documented her use of hot water and soap in patient care and showed statistics to predict patient morbidity and mortality. Nightingale “infused her nursing practice with evidence with the goal of enhancing patient health outcomes. She was a pioneer of evidence-based practice within the discipline of nursing,” April Mackey, BSN, wrote in “The History of Evidence-Based Practice in Nursing Education and Practice.”

A majority of historians credit the founder of EBP as Dr. Archie Cochrane, who implemented what he called evidence-based medicine in the 1970s. Prior to Cochrane, a majority of patient care was based on a doctor’s personal choice. Cochrane identified randomized controlled trials as the most reliable form of evidence and lobbied for trials to become the foundation of healthcare decision-making, resulting in the evolution of the evidence-based medicine movement, according to Mackey.

A 1996 report by researcher David L. Sackett, et al., is qualified as literature’s first published definition of EBP. In “Evidence-based medicine: What it is and what it isn’t,” Sackett, et al. said, “Evidence-based medicine is the conscientious, explicit, and judicious use of current best evidence in making decisions about the care of individual patients.” Clinicians using EBP were instructed to reach a diagnosis through the use of research merged with the patient’s values and beliefs, according to Mackey.

Fueled by the demand for accountability in healthcare, the intended effect of EBP is to create standard healthcare practices tied back to the best evidence, reducing any “illogical variation” in care, writes Kathleen R. Stevens, EdD, RN, in “The Impact of Evidence-Based Practice in Nursing and the Next Big Ideas.”

The Advantages of Using Evidence-Based Practice in Nursing

According to William Rosenberg and Anna Donald in “Evidence-Based Medicine: An Approach to Clinical Problem-Solving,” there are four steps to EBP:

The implementation of evidence-based practice allows nurses to provide quality patient care based on research and knowledge rather than “based on traditions, myths, hunches, advice from colleagues, or outdated textbooks,” according to Suzanne C. Beyea, RN, Ph.D., and Mary Jo Slattery, RN, MS, in “Evidence-Based Practice in Nursing: A Guide to Successful Implementation.”

According to Beyea and Slattery, the advantages of EBP include:

It takes an average of 17 years for research findings to move into practice, according to Bernadette Mazurek Melnyk, PhD, and Ellen Fineout-Overholt, PhD, authors of “Evidence-Based Practice in Nursing & Healthcare.” Implementing EBP negates that delay and ensures the provider is delivering innovative patient care. Furthermore, a clinician’s evaluation and use of best evidence instill confidence in the patient with the diagnosis, resulting in optimal outcomes for all involved, Melnyk and Fineout-Overholt said.

The Importance of Critical Thinking in Evidence-Based Practice

One of the most important components of EBP is critical thinking, which is defined as a thinking skill consisting of the evaluation of arguments. It is a “purposeful, self-regulatory judgment” that interprets analysis, evidence, and methodology when seeking a decision, according to Hermann Astleitner in “Teaching Critical Thinking Online.”

Used as a component of EBP, critical thinking means the provider should consistently evaluate how much to trust the findings of a given research study. It is important the provider know “the researcher’s philosophy of science,” writes Morley D. Glicken in “Improving the Effectiveness of the Helping Professions: An Evidence-Based Approach to Practice.”

The provider must also make sure the selection of evidence is focused on what is best for the patient, rather than stem from the provider’s personal belief system, Glicken cautioned.

The growing popularity of EBP means there is increased demand for nurses who are educated in EBP. Duquesne University’s DNP curriculum delivers coursework focused on both evaluations of research and translation of evidence to practice.  Duquesne’s online DNP program graduates enter the job market as experts and leaders in EBP. The online delivery of the DNP program allows students to pursue a degree and maintain career and family obligations.