The First Black Male ANA President: A Milestone in Nursing 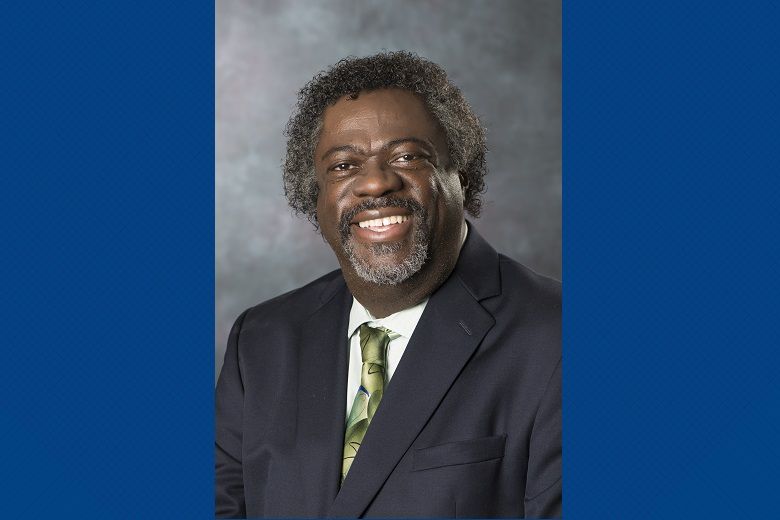 When Ernest Grant was seated as president of the American Nurses Association (ANA), he became the first man elected to take the reins of the organization that represents some four million nurses nationwide.

For Ernest Grant, who was elected ANA president in the summer of 2018, the move is another success in a lifetime of achievements. He was the first African-American man to graduate with a Ph.D. in Nursing from the University of North Carolina (UNC) Greensboro. Later, he became the first man to serve as vice president of the ANA and president of the North Carolina Nurses Association (NCNA). He is a nationally acclaimed burn care and fire-prevention expert and used to dress as a costumed character to educate grade-school children about fire safety.

Grant said he has big plans for his ANA tenure, including working to advance the nursing profession and promote high standards in healthcare. Passionate about the nurses he represents and their patients, Grant’s ANA presidency points to a bright future of quality care and innovation in nursing.

“I want to make sure nurses are prepared, and have the educational opportunities and tools they need to do their jobs efficiently and have the best outcomes for their patients in the face of healthcare changes,” he said to American Nurse Today, the official publication of the ANA.

Founded in 1896, the ANA is an organization that represents registered nurses in the United States. Focused on improving the quality of healthcare and promoting nurses’ interests, such as upholding high standards of practice and safe workplace environments, the support provided by the ANA allows practitioners to focus on providing top-level care. As healthcare reform continues to evolve, ANA nursing leaders advocate for the well-being of their members and their ability to enact positive change.

The ANA provides an array of advantages, such as personal development resources, a wide range of personal insurance and benefits, the ANA career center, and the ANA nursing community. Members can find support in many areas of their careers.

As the landscape of nursing continues to change, practitioners find themselves faced with new challenges as well as exciting new opportunities. As the first Black male ANA president, Grant has a wealth of experience to draw from, addressing the disparities currently present in nursing as well as directing the field toward an innovative and inclusive future. As the leader of a national organization, Grant has the opportunity to positively influence the lives of millions of nurses and their patients.

From an early age, Grant, a North Carolina native and the youngest of seven children, dreamed of working in healthcare. His high school guidance counselor suggested he go to nursing school.

“I realized that nursing is my calling, and it has been ever since. That’s essentially how I got into nursing, and I have never regretted choosing nursing as my profession,” Grant said to Health Leaders.

In the early 1980s, Grant started as a staff nurse at UNC Medical Center and was recognized for his leadership skills. He served on numerous boards and committees. He also joined local professional organizations, including the North Carolina Nurses Association, where he also served in leadership positions. Understanding that the future of ANA nursing is complex and affects nurses and their patients from all walks of life, Grant is a strong advocate for education and diversity in nursing.

As his career developed, Grant was drawn to helping burn victims. He became a fire safety and burn prevention expert at the North Carolina Jaycee Burn Center. Grant often donned a Sparky the Fire Dog costume to teach youngsters about safe fire practices.

In his role as ANA president, Grant says he has a robust agenda. In addition to advancing the nursing profession, he advocates for legislation and policies to improve public access to quality healthcare. He also encourages diversity in nursing.

“It’s important that the nursing workforce reflects the diversity of our patient populations to increase our ability to provide the culturally competent, quality care patients need, especially when they are most vulnerable. And welcoming people from diverse backgrounds into our profession with their unique perspectives and experiences will only strengthen it,” he said to American Nurse Today.

Grant said he plans to continue encouraging nurses to practice to the full extent of their education and drive the profession forward. As the ANA president, he supports more career opportunities for those who hold a BSN degree. He is a big proponent of advanced nursing education and plans to encourage men and minorities to seek careers in nursing.

“I always tell students I never regretted making that choice to go into nursing,” he told Health Leaders. “It’s been one of the best choices that I’ve made in my life. I mean that truly from the heart, because you do see that you can make a change in someone’s life every day.”

The field of nursing is both challenging and fulfilling. As demand for nurses and skilled healthcare practitioners continues to grow, exciting opportunities continue to expand for passionate individuals to become future leaders in medicine. Pursuing an advanced degree is a key step to building a strong foundation and can help students find success as nurse practitioners.

With the flexibility of three start times per year and passionate instructors, Duquesne University’s MSN degree program prepares RNs for careers in leadership and to set new standards of care. The university’s online MSN and Post-Master’s Certificate degree programs allow nurses to continue their careers and personal lives while earning an advanced education.

Take the next step in your nursing career with Duquesne University today.

Funding Your MSN to Become a Nurse Educator

The Importance of Diversity in FNP Practice

HealthLeaders, “A Q&A With the First Man Elected as American Nurses Association President”

NPR, “ANA President on Why People of Color Should Be Involved in Vaccine Trials”