The Importance of Diversity in Nursing 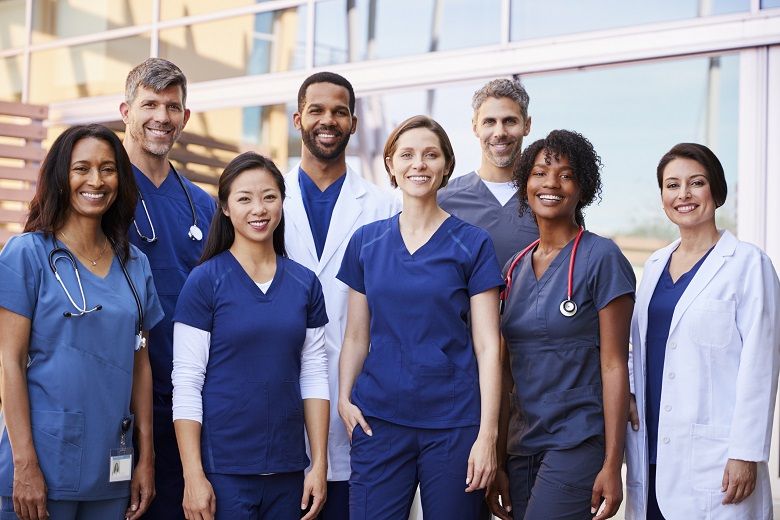 Nurses work with diverse groups of patients, breaking down barriers to provide inclusive healthcare services and meeting the nation’s medical needs. The nursing field, however, lacks adequate representation: according to the 2020 National Nursing Workforce Survey, around 81% of RNs identified as white, and over 90% of RNs identified as female. The 2020 survey also reports increases in minority groups from the 2017 survey, which could indicate steps toward more culturally competent healthcare.

There is still much work to do in building a workforce that mirrors society’s diversity. In the nurse educator field, for example, an ongoing lack of diversity can make it more difficult for the next generation of nurse professionals to be fully equipped to deliver effective, culturally competent care. Given the country’s increase in racial diversity over the past decade, as evidenced by census data from 2010 and 2020, the need for diversity in nursing education to have an increased focus becomes even more crucial.

Diversity has many intersectional facets, including gender, sexuality, race, religious beliefs, age, physical ability, gender identity, political views and socioeconomic status. This breadth of definition further underscores the need for greater diversity in nursing and prioritizing it in nursing education, such as through post-master’s certificates in nursing.

More than 15 years ago, the Institute of Medicine (IOM) recognized the unequal treatment that minorities receive in the healthcare system due to a lack of diverse providers. In 2018, the National Organization of Nurse Practitioner Faculties (NONPF) released an official statement acknowledging the need for facilities to embrace diversity in its multiple forms in order to move beyond this inequality.

While efforts to increase diversity in nursing education are ongoing, a substantial gap persists. According to the American Association of Medical Colleges’ Diversity in Medicine: Facts and Figures 2019 report — the last edition prior to the COVID-19 pandemic — less than 10% of full-time medical school faculty members were of Black or Hispanic origin. Yet there may be a unique opportunity to close this gap; the pandemic’s strains drove nurse educators away from the field, which could conceivably lead to more chances for institutions and facilities alike to rebuild their faculties with more diverse objectives in mind.

Diversity in the Nursing Workforce

According to the U.S. Bureau of Labor Statistics (BLS), nurse practitioners in 2021 were 87.4% women and 85.6% white, and registered nurses were 86.7% women and 74.9% white. At the same time, U.S. Census Bureau data projects white people will no longer make up the majority of the U.S. population by 2045. These metrics, when coupled, demonstrate the need to advocate for improved diversity in the nursing workforce.

This form of advocacy is one of the key tenets of the initiative Campaign for Action, a coordinated effort to increase and improve the nursing workforce in the United States. This initiative, which is backed by the AARP Foundation and the Robert Wood Johnson Foundation, builds campaigns for other key nursing topics, such as fighting health misinformation and improving care access. Its campaigns include encouraging partnerships with nursing organizations ― such as the National Black Nurses Association, the National Association of Hispanic Nurses, the Asian American/Pacific Islander Nurses Association and the Philippine Nurses Association ― and minority communities.

The Campaign for Action also created an equity, diversity and inclusion steering committee that developed benchmarks that states can use to create diversity plans. Among its targets are these criteria for effective plans:

The time to improve diversity in nursing is now. From building a more diverse and inclusive nurse education faculty to forging clearer paths for people from underserved communities to become nurse practitioners, building a more diverse healthcare landscape can not only boost opportunities for those who may otherwise not have the chance to pursue nursing but also encourage the proliferation of culturally competent care. These outcomes can potentially help noticeably improve patient outcomes, regardless of the patient.

Learn how we can help prepare you for the future of healthcare.

How Nurse Leaders Can Address Discrimination in Nursing

Importance of Emotional Intelligence and Soft Skills as a Nurse Educator

American Association of Colleges of Nursing, Enhancing Diversity in the Workforce

Campaign for Action, About Us

ONS Voice, “Achieving Diversity and Inclusion in Nursing Requires a Closer Look at the Profession’s Structure”

Public Broadcasting Service, “3 Ways That the U.S. Population Will Change Over the Next Decade”

U.S. Census Bureau, “The Chance That Two People Chosen at Random Are of Different Race or Ethnicity Groups Has Increased Since 2010”