The Tribal Forensic Healthcare Project: What It Is and Why It Matters 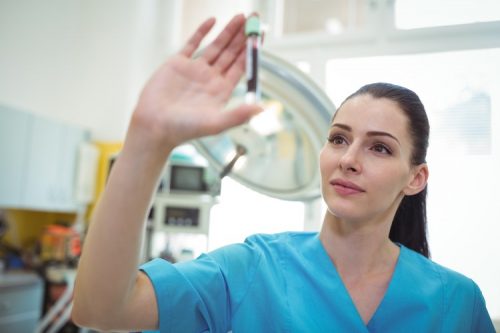 For years, Native American women have been murdered and sexually assaulted at higher rates than other American women, yet the rate of arrests and convictions has been staggeringly low.

A landmark 2018 report from Urban Indian Health Institute (UIHI), a tribal epidemiology center, helped reveal the depth of the problem. The study found that, of the 5,712 cases of missing American Indian and Alaska Native women and girls in a single year, only 116 were logged as missing in the nationwide database of the U.S. Department of Justice (DOJ).

Forensic healthcare is a critical element in addressing the emotional and physical toll related to this violence against women and girls in the Native communities. Madalyn Grass of the Office of Urban Indian Health Programs at the federal Indian Health Service said forensic nurses receive training to decrease the healthcare consequences of violence and improve patient care and recovery.

“Our forensic nurses play a vital role in the care of victims,” Grass said. “They provide medical treatment and evaluation and have specialized knowledge in injury identification and evidence collection. Forensic nurses are supportive of victims both in and out of the healthcare setting. These nurses are advocates for prevention education and are a critical resource for anti-violence efforts. Forensic nurses are familiar with the legal system and assist with the prosecution of individuals who commit acts of abuse by testifying in a court of law.”

Indeed, forensic nurses are some of the many professionals responding to the crisis facing Native American communities. Registered nurses (RNs) who earn an online MSN in Forensic Nursing can provide tribal forensic healthcare that helps bridge the gap between the criminal justice system and healthcare for indigenous women and girls.

The UIHI report identified 506 cases of missing or murdered Native American women and girls in 71 U.S. cities since 2010. The organization said the number is likely an undercount due to poor recordkeeping and racial misclassification.

A 2020 report from the Arizona Study Committee on Missing and Murdered Indigenous Women and Girls found that police generally don’t document victims’ tribal affiliation, so even tribal governments don’t have a complete picture of the issue.

The UIHI’s research uncovered an epidemic of underreporting and the lack of awareness that is not just confined to tribal lands: “This study illustrates the maze of injustice that impacts [missing and murdered indigenous women and girls’] cases and demonstrates how they are made to disappear in life, the media, and in data.” The study goes on to say  “UIHI discovered a striking level of inconsistencies between community, law enforcement, and media understandings of the magnitude of this violence.”

What Is the Tribal Forensic Healthcare Project?

“Although existing data do not accurately portray the extent of sexual violence against AI/AN persons (including women, children, men, and transgender persons), sexual violence in tribal communities is widespread and services are inadequate to support victims,” the Office for Victims of Crime said.

More recently, the Indian Health Service (IHS), in conjunction with the International Association of Forensic Nurses (IAFN), launched its Tribal Forensic Healthcare Project. The program aims to train providers to perform forensic medical examinations, collect evidence, and coordinate community responses to violence. The focus of the organization is to give providers in hospitals, health clinics, and IHS health stations the skills they need to respond to violence against women.

As frontline caregivers, forensic nurses help victims in the vulnerable hours and days after an assault. They collect and preserve evidence for use in legal proceedings, treat injuries, and provide referrals for assistance with post-traumatic stress and depression. Forensic nurses enable victims to take back some control of their lives.

Forensic nursing programs use evidence-based principles and practices to educate RNs about patient assessments, treatment, evidence collection, and advocacy. At Duquesne University, RNs who are planning to pursue MSN careers take online master’s in nursing coursework and learn from leaders in the field. The university’s forensic nursing program prepares RNs for SANE certification testing and a career that spans healthcare and criminal justice.

Advance Your Career in Forensic Healthcare

If you’re ready to explore how you can support assault victims through tribal forensic healthcare, discover the Duquesne University online MSN in Forensic Nursing program. Operated in partnership with the university’s Cyril H. Wecht Institute of Forensic Science and Law, it is one of the few university programs in the nation to offer an in-depth study in forensic nursing.

In addition, RNs who have already earned an MSN degree have the opportunity to advance their education and career by earning a Post-Master’s Certificate in Forensic Nursing. Discover how Duquesne University’s online MSN in Forensic Nursing can help you achieve your professional goals.

The Importance of Leadership Skills in Nursing as the Industry Evolves

NBC News, “No One Knows How Many Indigenous Women Are Murdered Each Year. That Makes the Deaths Hard to Stop”