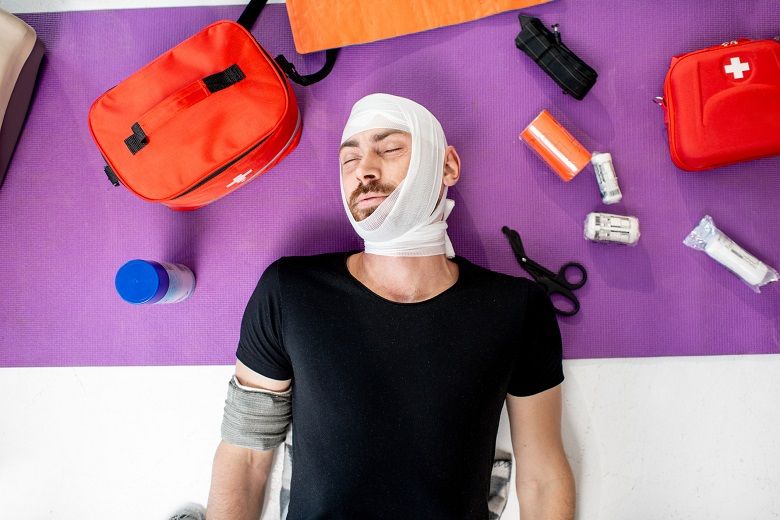 When nurses train in clinical settings, they need experiences that are authentic and educational. Moulage — or the use of makeup to create simulated wounds — is a vital component of teaching skills to new nurses because it helps tell the story of an ailment or injury.

Medical moulage improves realism in healthcare education, immersing students into simulated situations that can help them develop critical thinking skills and clinical reasoning abilities. In nursing education, moulage is used to graphically replicate everything from bruises and small cuts to compound fractures and amputations.

Moulage technology allows nursing students to take textbook and clinical knowledge and apply it to realistic situations. It has become a critical active learning activity in nurse education, Jacqueline Semaan, a registered nurse, said in “Moulage Magic — It’s not just for the Simulation Lab.”

For student nurses, moulage is also vital to brain training and developing muscle memory so responses will become instinctive. For nurse educators, moulage is another tool used to develop the next generation of healthcare professionals.

The Evolution of Moulage in Nursing

The use of moulage — a name that comes from the French word for casting or molding — dates back to the 1500s in Europe, when researchers used wax casting techniques to make lifelike replicas of individuals to study human anatomy. In the centuries that followed, moulage was widely used in military, aviation and nuclear power emergency training. In nursing, the newest techniques allow educators to teach all healthcare workers to respond to realistic situations, including natural disasters and mass shootings. Overall, moulage falls within the realm of simulation in nursing, a genre that includes using virtual reality and medical manikins (unlike fashion mannequins).

In 2003, the National League for Nursing (NLN), in collaboration with Laerdal, a leading medical equipment and training supplies company, studied the connection between nurse education and simulation. Through the study, the NLN determined that simulation could replace up to 50% of pre-licensure clinical experiences. The NLN called on nursing schools to integrate simulation into their curriculums.

“Simulation provides a rich learning opportunity for students to integrate theory with practice while making real-time clinical decisions in an environment that poses no risk to patients,” the NLN said in “A Vision for Teaching with Simulation: A Living Document from the National League for Nursing NLN Board of Governors.”

To make simulation education consistent, the International Nursing Association for Clinical Simulation and Learning (INACSL) established recommendations and standards for terminology, professional integrity, participant objectives and other concepts relevant to the work.

One of the essential concepts to simulation is fidelity, or the level of realism in the simulation, according to the INACSL. High-fidelity, or highly accurate, simulations allow participants to suspend disbelief. Learners who take part in training exercises using moulage can ignore the unrealistic aspects of the activity and accept the premise.

“Because so much of nursing assessment is based on sensory experiences — what is felt, seen, heard and smelled — increased realism provides the missing link to the story,” Sheri Howard, RN-MSN, said in “Increasing Realism and Fidelity in Simulation.”

When creating high-fidelity scenarios in a classroom using moulage, educators either use manikins or standardized patients (people recruited and trained to portray real patients) to be injured. A variety of household products can be used to make the injuries appear realistic:

In addition, many nursing schools, sometimes in conjunction with companies that specialize in moulage, create realistic scenario-based training on location.

“Moulage is to a scenario what emojis are to text messages,” she said to the Eugene (Oregon) Weekly.

For nurse educators, moulage bridges the gap between classroom learning and real-life practice because it allows for increased engagement, fewer errors and deeper thinking. The leading master’s in nursing programs, including online programs, provide opportunities within the MSN curriculum to explore various types of learning simulations, including moulage.

Graduates of Duquesne University’s online master’s in nursing program and post-master’s certificate program learn all of the vital skills needed to work as nurse educators. The university is a pioneer in nursing education, launching the first BSN program in Pennsylvania in 1937 and the first online nursing Ph.D. program in the nation in 1997.

Moulage Magic – It’s not just for the Simulation Lab: LWW

Simulation in Nursing Practice: The Impact on Patient Care: OJIN

A Vision for Teaching with Simulation: NLN