Preventing the Spread of the Flu 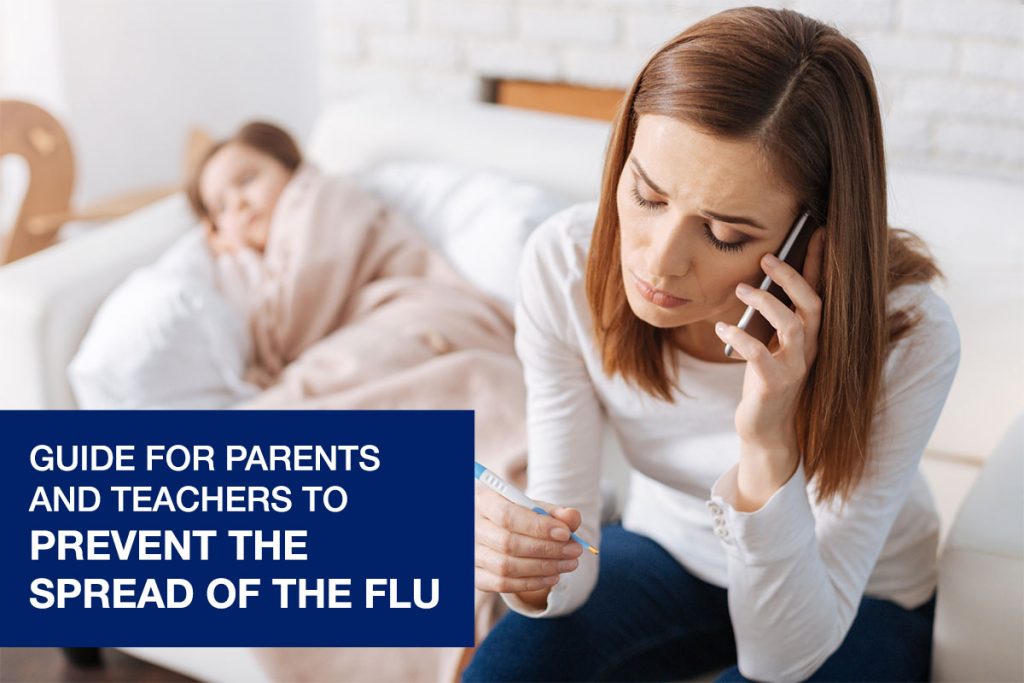 The span of time in which the influenza virus is at its most contagious is widely referred to as “flu season.” This period generally occurs during the colder months of the year.

During flu season, health professionals will often begin to distribute resources that are designed to provide people with flu prevention guidelines. Some common examples include basic literature that describes the benefits of flu vaccinations and diagrams that depict the best hand-washing techniques for preventing flu infections.

Groups Who Are at High Risk for Developing Flu-Related Complications

Even the CDC cannot precisely predict when and how flu season will start each year. But by monitoring influenza data across the country, the CDC can provide resources that US communities can use to mitigate the effects of particular flu outbreaks.

Influenza (commonly known as the flu) is an infectious respiratory illness that is caused by the flu virus. This disease can cause a host of uncomfortable and painful symptoms:

People who are infected with the flu often experience some combination of these symptoms, if not all of them, as the illness progresses. Depending on the level of health a person has before contracting influenza, these symptoms also have the potential to cause complications that can lead to death.

Research performed by the Centers for Disease Control and Prevention (CDC) in 2016 has shown that a majority of US citizens catch the flu at least once per year. Fortunately, many public and private organizations work to limit the impact of the flu by actively promoting influenza awareness throughout the United States.

The government and other private health entities may even run advertisements that aim to alert people that it is time to get a flu vaccination. Still, many people may not yet be aware of how flu season can impact communities. Therefore, it is critical that people who are unsure about flu season take the time to develop a more in-depth understanding of how flu season works. In doing so, they will likely enhance their ability to protect themselves, as well as their loved ones, from influenza this season.

When Does Flu Season Officially Start?

There is no fixed date for the start of the flu season. Instead, flu season is characteristically marked by the winter months coming in and the weather cooling down.

As this season progresses, the CDC constantly tracks, collects and analyzes data related to flu infections. This allows it to identify trends in when and where the flu virus is being spread. Based on these trends, the CDC can forecast when the virus is at its peak level of infectiousness and inform at-risk community members to take extra precautions.

Flu season typically falls sometime between the start of fall and the end of spring. For the past three decades, flu activity has peaked at some point between the months of October and February but always tapers off by April.

Entering flu season while caring for a young child can be intimidating. Influenza causes upper respiratory problems that can lead to even worse health conditions if left unchecked. These resources will help parents get their families prepared for the upcoming flu season.

Tips for Parents on Helping Prevent the Spread of the Flu

Once the flu season has begun, parents must teach their children how to prevent themselves from getting the flu. This is especially important for children who suffer from long-term medical conditions, such as asthma, diabetes, or neurological disorders. These and other conditions may complicate a flu infection, necessitating hospitalization.

The same precautions must be taken for children who are younger than the age of five, especially for children below the age of two. Flu infections have the potential to result in extreme discomfort and even death, so it is important that parents take action to help their children avoid getting sick this flu season.

Preventing a Child from Getting the Flu

The most effective way to prevent a child from getting the flu is by administering a flu vaccination.

Parents can also incorporate better eating habits and hygiene into their children’s routines to help them persevere through the flu season. 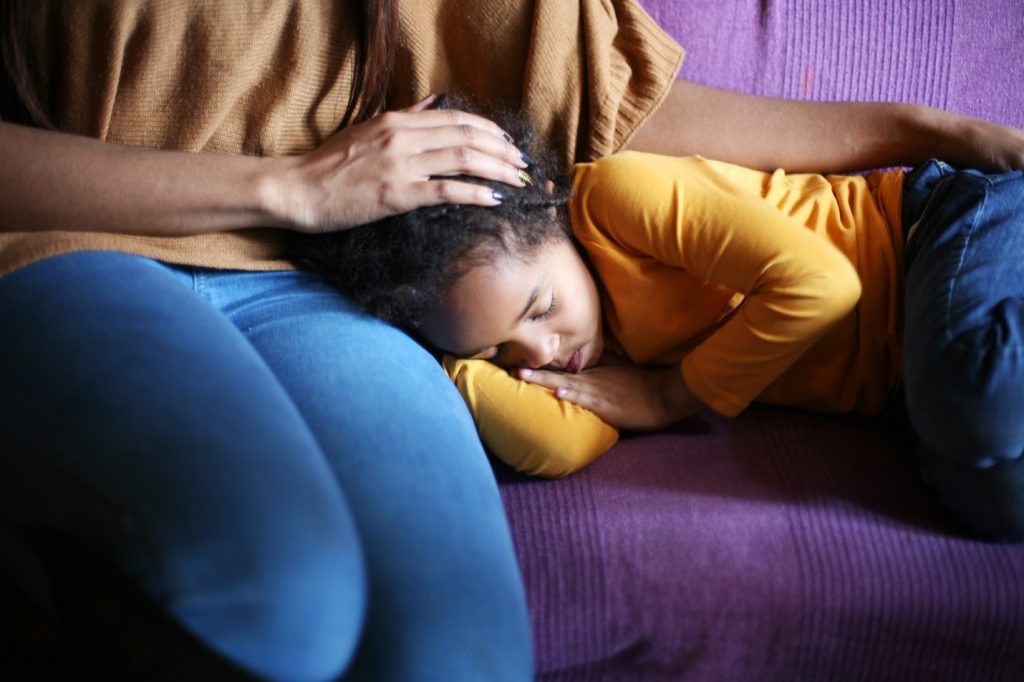 Where to Get a Flu Vaccination

Flu vaccines are available at many locations, particularly in health-related institutions, such as doctors’ offices, clinics, health departments, and pharmacies.

Some schools will also facilitate a flu vaccination program to prevent a school-wide influenza outbreak. This broad level of availability means even children who do not have a regular doctor can get protection from influenza.

The flu vaccine is widely available, but some people may be concerned about things such as when to receive a vaccination, why they actually need it, and whether getting vaccinated can have adverse effects. Learn more about the answers to these questions using the facts listed in this CDC guide to flu vaccinations.

The CDC advises that promoting proper hygiene is a fundamental way to stop the spread of germs that cause the flu. To this effect, parents should teach their children how to interact with their environment in a way that helps them avoid spreading or receiving the flu.

First, to avoid getting sick, children need to avoid close contact with people who already have the flu. Because the flu is spread by tiny droplets that are released from people’s mouths or noses, simply being near a flu carrier could allow an infection to take hold.

Conversely, people who know they have the flu should take extra precautions to minimize the impact of their infectiousness. Making the following simple changes to habits can also help prevent spreading the flu:

Antiviral drugs are prescription medications that fight viral infections. While the flu vaccine is highly effective for preventing the spread of influenza, it is not a guaranteed way of preventing the disease. When a person catches the flu, antiviral drugs may help the individual avoid a trip to the hospital. This medicine can potentially reduce the severity of symptoms and cut the length of the sickness by up to two days. There are currently two approved antiviral drugs for children that can be used this flu season:

This CDC guide to antivirals contains more information about who can take antiviral drugs and what impact they may have on one’s health.

During flu season, parents must keep track of their children’s health. If they can catch the signs of an influenza infection early, they can better comfort their children and take action to prevent them from spreading the flu to their peers and classmates. Furthermore, identifying a case of the flu early on has the added benefit of allowing parents to track a child’s condition as the disease progresses.

There is a spectrum of tests that can be used to detect influenza. Some of them are faster and more accurate than others. Typically, patients will need to see a nurse or physician to receive a diagnostic test for the flu. For more information about how influenza is diagnosed, review the CDC’s guide for diagnosing the flu.

More Information About Preventing the Spread of Influenza

The CDC also has guidelines for stopping the spread of germs that cause diseases, such as the flu, listed on its flu prevention steps page.

When young children are infected with the flu, they usually experience the same symptoms as adults—typically fever, chills, muscle aches, nasal congestion, sore throats, and headaches. In addition to these symptoms, they are also prone to be afflicted by potentially severe health complications following the contraction of the flu:

A light fever in the range of 100-102 degrees F is a trademark symptom of influenza, but high fevers that exceed 104 degrees F may be more threatening to an individual’s health. This is especially true for children and the elderly. To identify whether a fever associated with the flu may require investigation by a medical professional, evaluate the following potentially dangerous high fever symptoms:

Pneumonia is an inflammation of the tissue inside of a person’s lungs. In children, pneumonia commonly stems from the same virus like influenza. Therefore, pneumonia can be prevented by a collective effort to reduce the number of germs that are allowed to spread. This disease entails nearly the same symptoms as influenza but to a far more serious extent.

Additionally, people with pneumonia may experience confusion, muscle pain, and joint pain. These symptoms are generally more damaging to children and elderly people. Therefore, these groups have their health evaluated to determine whether their flu symptoms are improving or getting significantly worse.

Approximately 900,000 Americans get pneumonia each year, and between 5 and 7 percent die from it. Antiviral drugs can be used to limit the impact of the flu on the immune system, preventing severe symptoms and complications that may lead to pneumonia. For more about how to deal with pneumonia risks during flu season, visit the CDC page for preventing pneumonia.

If a child experiences these symptoms alongside a constant fever (above 100.4 degrees F), it is likely that the child has caught a combination of bronchitis and the flu. If this occurs, parents should consider taking their children to be checked out by a physician. This is especially true if they have unusual symptoms:

These symptoms are more serious, and the aid of a physician may be needed to rule out a potential lung infection, such as pneumonia. For more about how to deal with bronchitis risks during this flu season, visit the CDC page for preventing and treating bronchitis.

This is extremely important knowledge for parents, as young children and infants often have weak, immature Eustachian tubes that already have a difficult time staying open. When a child has the flu, their already weak Eustachian tubes are at a far greater risk of succumbing to infection.

Repeated bouts with ear infections can lead to hearing loss or more serious infections. This makes it vitally important that parents help their children avoid the flu, thereby lowering their risk of ear infections. If a child with the flu is displaying any combination of the following symptoms, have the child’s ears examined by a health care professional as soon as possible:

For more about how to deal with ear infection risks during flu season, visit the CDC page for treating and preventing ear infections.

Flu Season Statistics Are Being Studied to Improve Population Health

Creating a historical record of the peak months of flu activity for each annual flu season is only one aspect of flu season statistics that are being studied. The CDC also operates a flu activity surveillance initiative that is called FluView. FluView is a weekly report that compiles flu activity data from medical institutions across the nation and processes that data into practical knowledge.

Some of the basic data presented in the FluView report shows approximately when and where influenza infections have been occurring frequently. The researchers also try to detect which strain of the virus is most prominent and whether that virus may be undergoing any changes or mutations. With this data on hand, the CDC can more effectively provide support to the groups of people who face the greatest risk of contracting a severe case of influenza.

Influenza reaches epidemic levels in the United States every year during flu season. Thankfully, organizations such as the CDC have compiled a large volume of evidence-based knowledge to help people safely persist through flu season. With these resources and modern medicine available, there is no reason to worry as flu season approaches this year.