The Creation of the Rape Kit 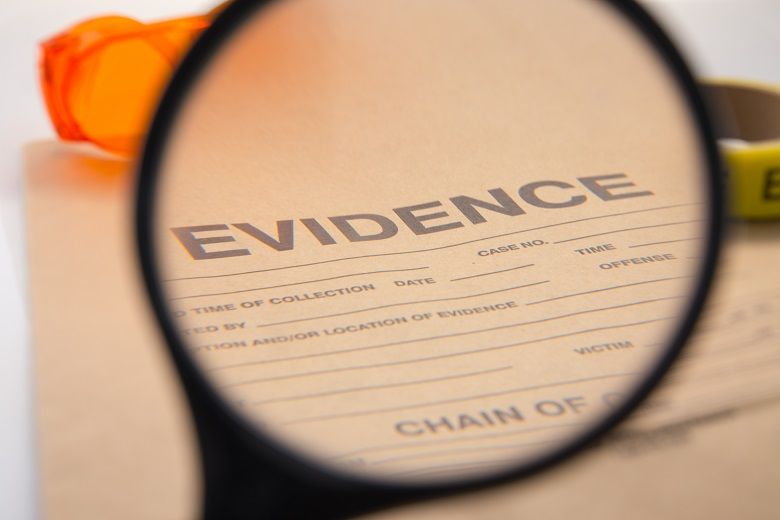 Many Americans likely learned about rape kits from modern television crime dramas. In scenes from popular shows such as “Law and Order: Special Victims Unit,” a victim lies on a gurney while detectives ask questions and explain that her rape kit will be sent for DNA testing.

Now a crucial part of any sexual assault investigation, the rape kit was developed in the late 1970s by Chicago Police Sgt. Louis Vitullo. He later became the chief microanalyst for the city’s crime lab.

The kit contained plastic test tubes and swabs for vaginal, rectal and oral smears, individual slides and mailing boxes for the smears, a comb to collect samples of foreign (that is, not from the victim) hair, and nail clippers to salvage evidence from under fingernails. It also included a brown paper bag for victims’ undergarments and clothes, forms for the doctors and police officers involved to complete, sealing tape and a pencil to write on the slides. Today’s kits contain virtually the same items, with only minor variations based on specific manufacturers or hospital procedures.

“Innocuous-looking brown cardboard boxes, newly stacked alongside medicines and bandages on the shelves of emergency rooms of Chicago and suburban hospitals, could be a powerful new weapon in the conviction of rapists in Illinois,” read the first line of a December 1978 New York Times article that chronicled the beginnings of the kit.

“[I want] to standardize and protect evidence so that guilt can be established beyond a reasonable doubt — we want to avoid the loss, contamination or alteration of evidence,” Vitullo said in the article.

While the kits — originally called Vitullo Evidence Collection Kits — were named for him, Vitullo wasn’t the only one who had a hand in their evolution.

She talked to sheriffs, prosecutors, state attorneys, judges, politicians, and scholars. She met with members of a nurses’ association and visited every police precinct in the city. Goddard spent up to 16 hours a day doing research and making cold calls to discover the best way to collect evidence uniformly.

As part of the process, she learned that emergency room personnel often co-mingled slides (placing them face to face), rendering the samples worthless. In addition, packages were not always properly sealed, which led to evidence being contaminated or destroyed.

To educate the professionals involved and get the kit into ERs across the country, Goddard knew she needed funds. Due to her friendship with Christie Hefner, daughter of Playboy magazine founder Hugh Hefner, she was able to get $10,000 from the Playboy Foundation to produce the first kits.

Goddard’s efforts created a snowball effect after the kits were rolled out statewide in Illinois, raising awareness about sexual assault as a serious felony and how evidence needed to be handled properly.

With Goddard’s established protocol and advances in forensic science, the reliability of rape kit evidence has greatly improved over the years. However, to prosecute sexual offenders, that evidence must be tested.

Today, hundreds of thousands of kits remain unsubmitted or untested in police evidence storage facilities across the country, according to EndTheBacklog.org.

End the Backlog is a program of the Joyful Heart Foundation, a nonprofit organization founded by actress and victim advocate Mariska Hargitay of NBC’s “Law and Order: Special Victims Unit.”

Over nearly two decades, Hargitay’s role on the show as Detective Olivia Benson has opened her eyes to the sexual assault epidemic. In 2017, she released a documentary, “I Am Evidence,” which details the rape kit backlog and the injustices that victims face as a result.

Goddard, who is now in her late 70s, was unaware of how massive the backlog has become.

“They were catching up at one point. I’m sorry to hear it is worse than I thought,” she said in a 2015 interview with CNN for its article, “The story behind the first rape kit.”

In the same CNN article, Vitullo’s daughter said her father, who died in 2006, would roll over in his grave if he knew about the backlog problem.

Every 98 seconds, someone is assaulted in the U.S., according to the Rape, Abuse, and Incest National Network (RAINN), the nation’s largest anti-sexual violence organization.

When a victim arrives at an emergency room, she or he may be treated by a specialized forensic nurse, such as a sexual assault nurse examiner (SANE), who uses a rape kit to gather DNA evidence. In more rural areas, hospitals may not have a dedicated SANE in each emergency room, but policymakers are calling for hospitals to train more nurse examiners.

“When law enforcement investigates a case of sexual violence, DNA evidence can make or break the outcome,” according to RAINN. Properly collected DNA evidence increases the likelihood of identifying a perpetrator, holding that perpetrator accountable and preventing future sexual assaults from occurring.