When a patient refuses to take a medication, insists on having a family member feed him, or always has a lot of visitors, some nurses may interpret these actions as being noncompliant. However, these types of behaviors could be due to a patient’s cultural beliefs and values. 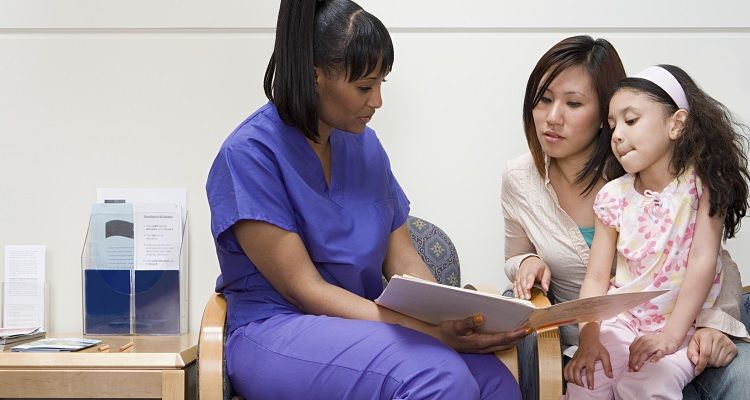 While America was once the melting pot of the world in which immigrants assimilated into society, today’s newcomers value retaining their individuality and cultural identities. To provide the appropriate healthcare to an increasingly diverse and multicultural population, nurses must be well versed in the importance of culturally competent care.

“To be a true patient advocate, a nurse needs to be culturally aware,” says Sue Hasenau, RN, MSN, a certified neonatal nurse practitioner and member of the TransCultural Nursing Society, in the article “Five Tips for Culturally Competent Nursing” on Monster.com.

Cultural competence is defined as “developing an awareness of one’s own existence, sensations, thoughts, and environment without letting it have an undue influence on those from other backgrounds; demonstrating knowledge and understanding of the client’s culture; accepting and respecting cultural differences; adapting care to be congruent with the client’s culture,” according to Larry Purnell, Ph.D., RN, author of Transcultural Health Care: A Culturally Competent Approach.

Advanced practice nurses can prepare for the requirements of providing culturally competent care, as well as the duties of a family nurse practitioner, through Duquesne University’s online Post-Master’s Certificate for Family (Individual Across the Lifespan) Nurse Practitioner.

“The nurse practices with compassion and respect for the inherent dignity, worth, and unique attributes of every person,” according to the American Nurses Association’s Code of Ethics for Nurses.

Taking into account the unique attributes of every person, culturally competent care requires several key components, which include:

More than 37 percent of the U.S. population is made up of people from ethnic and racial minority groups, according to research from the American Association of Colleges of Nursing and the article “A Guide to Culturally Competent Nursing Care” on DiversityNursing.com. In addition, by 2043, minority groups will be the majority.

Many common cultural variations exist between different countries and continents. For example, North Americans and Asians tend to value punctuality, while African, Arab, and Latin American cultures have a more fluid concept of time.

Also, in Japan, laughing may be a sign of confusion, embarrassment, or insecurity, instead of the happiness it signals in most other countries. Another example includes Latin America, Africa, and Asia, avoiding eye contact is a show of respect, whereas that same gesture might be misinterpreted as shame or deception in North American and European countries.

To care for patients who are culturally different from them, family nurse practitioners should consider the following tips:

In addition to other ethnicities and nationalities, cultural competence also applies to sexual orientation and gender identity. When caring for patients in the LGBTQ+ community, nurses should learn more about sexual orientation and gender identity, including key definitions, as well as potential health risks. They should also use inclusive and gender-neutral language, and reflect the patient’s language. For instance, avoid applying labels like “gay” because some members of the LGBTQ+ community do not self-identify with any particular label.

With more than seven billion people in the world, nurses can’t possibly know all of the values and beliefs of every culture. Instead, cultural competence should be an ongoing educational journey in which nurses are constantly learning how to customize care for each patient.